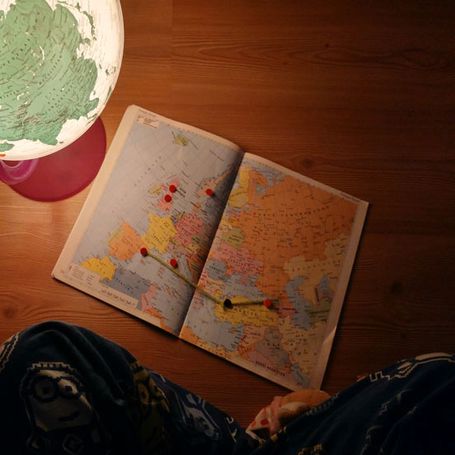 Tim Marshall is a British journalist, originally from Leeds, who was a foreign correspondent for the BBC and Sky News and was sent on assignments to cover wars in various countries, including Croatia, Bosnia, Afghanistan, Iraq, and Syria. He has written for the Times, the Guardian, the Daily Telegraph, and The Sunday Times, as well as being the author of six books, including the New York Times bestseller, Prisoners of Geography: Ten Maps That Tell You Everything You Need to Know About Global Politics. He also has a website featuring articles analysing international politics, thewhatandthewhy.com.

To better understand our world, it is enough to take a good look at the map of the five continents

A map reveals much more than first might appear. Since childhood, we have no doubt learned to read both the physical and political delineations of a map, because depending on the circumstance, a map needs to be read from different points of view.

A country’s geography plays an important role in determining its development. On the one hand, there are the natural borders created by the mountain ranges, plains, and rivers, and on the other, there are the artificial borders established by humanity, and their endless attempt to expand their territories. SInce we tend to believe that the development of a country is determined by economics and politics, we underestimate the influence of geography. Yet, preliminary analysis of a country’s topography should be a key factor in political decision-making. Geography does, in fact, constitute certain physical conditions which simply cannot be changed.

Africa, for example, is enormous. It is three times the size of the United States. The problem is, that when you look at Africa on the map, its immense size is not easy to comprehend. Cultural, landscape and climatic diversity could be a reason to split Africa into: the upper third, defined by the great Sahara Desert, and the lower two thirds, a very extensive area that reaches all the way down to South Africa.

Africa is indeed a wonderful place, with unspoiled nature, beautiful beaches and incredible rivers which are impossible to cross. The Zambezi River, for example, is a wonderful tourist attraction, but is useless for commercial purposes. It crosses 6 countries, until it reaches Mozambique, from where it flows into the Indian Ocean.

There are other major rivers in Africa, such as the Niger, the Congo and the Nile, but they are not connected to one another, so they are destined to remain, natural places of beauty which cannot be used to transport goods for commerce. The beaches are exceptionally beautiful, but the lowland coastline does not provide a natural harbour, and the enormous Sarah Desert, which spans 11 countries, serves as a border between the continent’s black African south and Arab-influenced north.

These were all reasons which, combined, led to the huge investment into the construction of the Suez Canal, enabling international cargo ships to cut out the extremely long route around the Cape of Good Hope, thereby halving their travel time and benefitting from considerable fuel savings.

Russia is the biggest country in the world. It covers an area of 17 million square kilometres and has eleven time zones. In spite of its vast size, it has a population of only 144 million. When the government is required to make important political decisions, it must take into account the vastness of the territory, the eleven time zones and the climatic differences between one area and another. For example, crops cover only a small area, and are only grown for a few months of the year due to the harsh climate. Therefore, the different areas of Russia have very different needs.

Although 25% of Russia lies in Europe and 75% lies in Asia, Russia defines itself as an independent state. Meanwhile, Russia is also a land rich in resources: minerals, oil and natural gas, the bulk of which, however, is found in Siberia, a harsh, complex territory, difficult to reach and almost uninhabitable. This is another reason why Russia's aims of expansion have always looked to the West.

America is considered a single continent. Also called "the Americas", it includes both North America, South America and Central America. On the east side of the continent is the Atlantic Ocean and on the west side, the Pacific Ocean. The United States of America includes only that central strip of land that goes from Canada to Mexico. Mexico marks the border between North and Central America, a sort of corridor from south to north that has become almost a highway for the smuggling of arms and drugs. This continent has a vast range of climates, from the Arctic climate of Canada and Alaska to the tropical rainforests of Central America.

Then there is Asia with the great powers of China and the Far East. Japan, having no natural resources of its own, successfully grows rice, which is aided by the physical conformation of the land. Korea is a divided state and the fact China supports the North, and The United States supports the South, means that this division has become a problem for everyone.  It would just take a quick look at a map of the Far East to see how drawing arbitrary borders that do not take into account an area’s topography or its various cultural differences, can cause instability.

Europe was formed over the centuries. Its topography has certainly facilitated its development, but the continent of Europe has mostly developed due to the cooperation between its countries. The navigable rivers in Europe have facilitated trade and connection between the different regions. The Danube, for example, which is the second longest river in Europe, forms natural borders such as those between Slovakia and Bulgaria, Croatia and Serbia, Serbia and Romania, or Romania and Bulgaria. The Danube stretches across 18 countries, and over the centuries, it has guaranteed trade on water and aided the development of large capitals such as Vienna, Bratislava, Budapest and Belgrade.

In Europe, natural barriers often create natural borders. France, for example, is bordered by the  Alps, the Rhine, and the Atlantic Ocean, as well as by the Pyrenees, which separate it from Spain.

The key ideas of "Prisoners of Geography"

To better understand our world, it is enough to take a good look at the map of the five continents

In the future, countries will battle for the Arctic and for Space