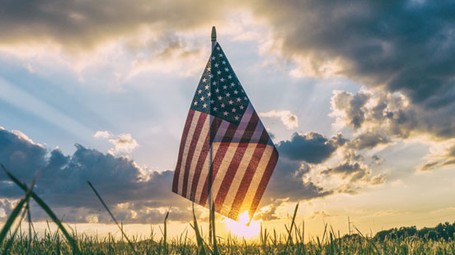 At the age of 30, Joe Biden, became the youngest person ever elected as a US Senator, and has dedicated his life to the common good, and the good of his country. Biden represented the state of Delaware for 36 years before becoming Vice President of the United States of America (2009-2017). He created the Biden Foundation, the Penn Biden Center for Diplomacy and Global Engagement (University of Pennsylvania), and the Biden Institute for Domestic Policy.

Family: Joe Biden and his “home base”

One aspect that is truly evident in Joe Biden's story is the relationship that he shares with his family, made up of his brothers, sisters, wives, children, and grandchildren, who are always present in each other’s lives, and ready to help one another.

Each member describes this family as a safe place, that is unique, and an important point of reference. Given this close-knit relationship, it comes as no surprise that Joe Biden’s brother and sister were in charge of his public relations team when he first entered politics and faced his first electoral campaigns as a young man, helping him to organise events, and equally that he had his first wife’s constant support throughout.

Biden has come a long way since his youth. When he was very young, he had a stutter that made it difficult for him to speak in public. However, he understood that if he wanted to be involved in politics, he had to overcome this obstacle, and so he made sure that he took advantage of every opportunity that presented itself to speak in public. He studied his speeches in advance to help prepare himself, practicing in front of a mirror, and structuring the content in such a way that the rhythm allowed him to tie appropriate words together to avoid any pauses.

The ability to practice consistently also gave him another advantage, in that he got to know many people, and came to be respected as a person, rather than simply for his role as a politician.

For 36 years, Biden represented the state of Delaware in the Senate, until the newly elected president of the United States, Barack Obama, offered him the vice presidency. Initially, Biden was reluctant to accept, as he did not want to be trapped in a position of very little power, like almost all previous vice presidents. Subsequently, however, he accepted the position, subject to certain conditions: Biden set clear boundaries to his role, and asked Obama to ensure that he was always actively involved, so that he was able to have a say in important decisions.

Biden knew that he could always count on the support of his family in everything that he did. Biden's eldest son, Beau, always referred to their family as “home base” - a concept borrowed from baseball, which represents both the point from which the action begins and ends, the exact point that the player must touch to score a run. Family for the Bidens represents a solid meeting point, and a point of departure, from which it is easy to set forth, because the way back is always open.

Family is the place where we can be our true selves, without fear, where we are reminded of what matters most, and where we receive words of encouragement to look to the future with hope.

The key ideas of "Promise Me, Dad "

Family: Joe Biden and his “home base”

The great trials of life: the car accident, and the illness of his eldest son, Beau

For Biden, having a purpose in life and staying true to your mission matters more than anything else.

Nomination for the United States primaries, and his subsequent withdrawal

Joe Biden and the hope for a better future