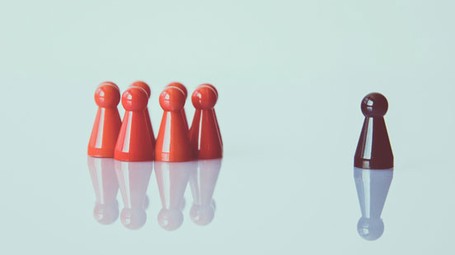 Jennifer Dulski is the director of Groups and Community at Facebook and has fifteen years of experience with successful startups such as the Dealmap (bought by Google in 2011). She was among the first 500 employees at Yahoo! and then became president of the social platform Change.org, which grew from 18 million to 180 million users under her leadership. Jennifer writes articles on leadership, on management and on entrepreneurial spirit for LinkedIn Influencers, Fortune, Huffington Post and other media.

The importance of setting oneself a goal. We are all capable of starting a movement

Movements are created when individuals come together for a common goal. A successful leadership requires: a clear vision of your objective, being able to inspire others to collaborate towards reaching that objective, convincing people in power to do what is asked of them and finally overcoming any obstacles without giving up until the goal that you have set for yourself is reached. These are traits that all leaders who have created movements in any field have, leaders that are able to structure their work like a movement, with passionate supporters, will be able to build a strong team and be successful in any area. For example, even entrepreneurial ideas can set off movements of change, just look at Airbnb or Uber who both redefined the concept of work in their sectors and Tesla, who are working to make travel more sustainable. One element that often gets in the way of us creating a movement is the fear that our actions are not important. To overcome this fear it is necessary to understand that it is the purpose of the movement which will determine its scope, if when we talk about movements we think about great revolutionaries who have changed the world, that does not mean that the changes that come about in our individual cities or schools are not important or decisive. Every action towards a movement’s goal is important, even the smallest. The important thing is to have that goal very clear and to be passionate about it.

Life experience: after a very close brush with death, Manal Rostom decided to wear a hijab. To deal with the criticism that society launched on her, Manal started a support group in which women who wore the hijab could help one another. The group grew and thanks to the huge support which Manal received, she wrote to Nike to suggest an advertising campaign supporting athletes that wore the hijab. Nike liked her idea and in 2017 they launched a line of sports clothes for athletes that wore the hijab. Thanks to their shared goal, a community managed to overcome stereotypes and start their own movement.

The key ideas of "Purposeful"

The importance of setting oneself a goal. We are all capable of starting a movement

How movements start. If your objective is clear right from the first step, even a small movement can become colossal

How to manage criticism and use it to your advantage