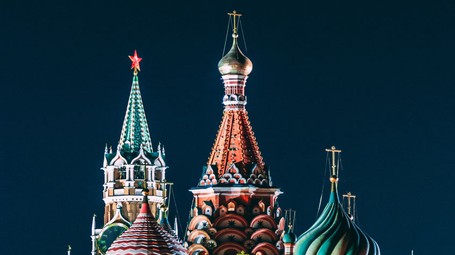 Anna Politkovskaja was a great political journalist. Born in New York in 1958, she was a special correspondent for Russia for the Moscow newspaper Novaja Gazeta. She received prestigious prizes for her work, such as the Golden Pen Award of the Association of Russian Journalists (2000) on the Chechen conflict, and the OECD Prize for Journalism and Democracy (2003). In 2002, she helped negotiate the release of the hostages held in Moscow’s Dubrovka theatre. She was perceived as a "troublesome" journalist, and was killed in Moscow in 2006.

Putin: from a KGB agent to the President of Russia

Putin is the President of the Russian Federation, and is currently serving his fourth non-consecutive term. Before becoming a politician, Putin was a military man and former agent of the Russian KGB, now known as the FSB. Having served as an intelligence officer for 16 years, and earning the rank of lieutenant colonel, Putin resigned after he was appointed deputy mayor of St. Petersburg. It was thanks to then-President Boris Yeltsin's endorsement that Putin moved to Moscow to head the intelligence service. He went on to serve as prime minister, and then became president following Yeltsin’s resignation.

Since then, Putin has become increasingly popular both within Russia and around the world, and his relations with the presidents of other countries have earned him a powerful position. Journalist Anna Politkovskaya, however, maintained that Putin is a vindictive man, who is incapable of embracing democracy, and is only able to implement the methods and tactics he learned in the secret services. Putin is a master in the art of the monologue and consistently upholds the military strategy to simply eliminate all opponents.

One criticism made against Putin, for example, is that he has given total power to the army. Officers are always untouchable, no matter which crimes they may commit. None of them pay any consequences of their actions, and no officer is ever held accountable for even the most obvious crimes. This naturally leads to a ruthless system of corruption and vested interests. However, since these crimes always involve a victim and a guilty party, and since the guilty party, in this case, always goes unpunished, many victims are still fighting to share their stories, and see that justice is done.

Politkovskaya identifies two types of war crimes: those committed in times of war and those committed against people who happen to find themselves in the wrong place at the wrong time. The first category includes, for example, the Russians who participated in the anti-terrorist operations in Chechnya, as well as the Chechens themselves. Both were fighting a war, even though the Russian crimes were later wiped from the records, while the Chechens had theirs held against them; the Russians were exonerated for various unknown reasons, but the Chechens received harsh sentences. By the express wish of the powers that be, however, circumstances surrounding their deaths remain unclear.

The second category includes people who get caught up in the wheels of history, people who find themselves in the wrong place at the wrong time. For example, the people who, merely because of their Chechen surname, have been convicted of alleged crimes they never committed. These people suffer torture of all kinds, are sometimes even drugged to slow their ability to react, and can do nothing to defend themselves. Only those who survive the torture are eventually granted a trial, which, however, would appear to be a mere formality, rather than a bone-fide attempt to establish the truth. The interrogations, and the unscrupulous use of psychiatric tactics, serve only to cover up the real intentions at play, in other words, to conceal, cover up, and confuse.

The truth is that Putin’s Russia is far from democratic. There is no freedom in Russia; no one can express opposition of any kind, because Putin and his men are ready to silence all dissidents.

The key ideas of "Putin’s Russia"

Putin: from a KGB agent to the President of Russia

Putin’s Russia is a reflection of the tactics used by secret agents, and does not care about people

The big difference between cities and provinces, between flamboyant wealth and dignified poverty

The Beslan massacre: yet another disgrace