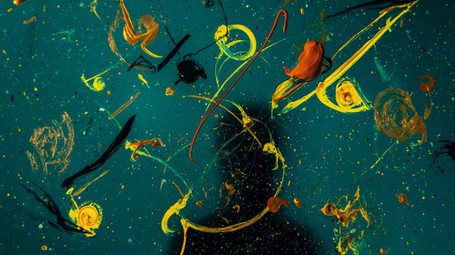 Jeff Goins was born in Chicago in 1983, and is an American writer, blogger, and keynote speaker. After having worked as a director of marketing, he began a career as a freelance writer, publishing four books in the space of a few years; his greatest literary success is the 2015 bestseller The Art of Work. Goins has written for important publications, including The New York Observer and Business Insider, amongst others. He is an expert in web marketing and his mission is to help people become successful, which he does thanks also to his online writer’s community, Tribe Writers.

The twelve principles a thriving artist should live by

In the collective imagination, artists are often painted as penniless and slaves to every kind of excess, or they are people that struggle and suffer; we are fascinated by this story, if for no reason but the fact that it is familiar. Of course, there have been artists in history, and to this day, who have lived like this, but this kind of artist has become the dangerous archetype of artists in general. Is an artist condemned to this “curse”? Absolutely not, and actually, it is often only something put on for show by those “playing at being artists”. This type of person is very unlikely to become successful, as they overestimate their originality and as a result, do not listen to advice, refuse to compromise, claim to be misunderstood by society, abhor money, and are victims of a never-ending internal conflict. Goins refers to this archetypal figure as “The Starving Artist” and wants to show that it is a myth that creative people do not have much chance of being successful in contemporary society.

It is important to dispel this myth because it is causing many talented people to abandon their dreams of pursuing a career in art and to opt instead for a more secure path,  ignoring their true calling and choosing a career considered to be more financially stable; rather than becoming actors, musicians, or artists, they become lawyers, doctors, and engineers. For centuries, many believed Michelangelo to be the icon for The Starving Artists; however, in 1996, American professor Rab Hatfield discovered that Michelangelo actually had today’s equivalent of 47 million dollars in his bank accounts, which means that he would have been the richest artist during the Renaissance period. Michelangelo’s story differs from that held in the collective imagination: he didn’t need to starve to be an artist, and after him, artists had the potential to live full and satisfying lives thanks to their art.

True artists do not need to starve: we need to go back to the model in which creatives are not asked to suffer for their art – a sort of New Renaissance, with the subsequent emergence of The Thriving Artist. Both ancient and contemporary history show that we are already in the throes of a New Renaissance, and the Thriving Artist is alive and well: there have always been courageous individuals who refused the title of Starving Artist, and instead forged their own path. They know that success is just a means to a more important end: being able to continue creating art – and to do so, you don’t need to be rich, but you can’t be starving either.

Today, there is a choice: you can choose to take the path of the poor and frustrated artist or embrace that of the Thriving Artist, a “true artist”, as they dedicate their time to doing what is important to them, without needing other people’s permission, and being taken seriously by the world. The author provides the twelve principles of the New Renaissance and The Thriving Artist. The twelve rules fall into three categories: mindset, market, and money.

The twelve principles a thriving artist should live by

The right mindset: believe in yourself and be stubborn

Learn (and steal) from others: another secret used by artists with the right attitude

To be successful, it is important that others also believe in us

A true artist surrounds themselves with the right people, in the right place

Making money from art: give value to everything you do