Home Health and Nutrition Reclaiming Yourself from Binge Eating 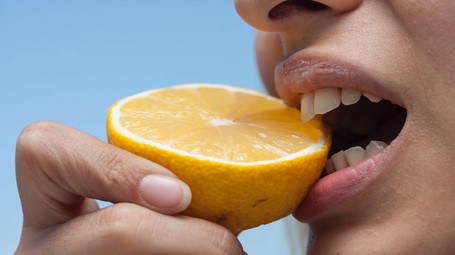 Leora Fulvio is an American psychotherapist who lives and works in San Francisco. Since 1999, she has been helping women face their food-related issues and improve self-acceptance with a series of therapies, including hypnosis and creative writing. She studied Creative Writing at Bard College, and did a Master’s degree in Counseling Psychology at the California Institute of Integral Studies.

Eating disorders are a common issue nowadays. The term ‘eating disorder’ refers to all forms of food addiction that, after a brief moment of temporary relief, end up causing us pain and distress. This complex and highly nuanced issue is caused by many different factors.

In order to understand why some people develop an eating disorder in the first place, it is important to determine the consequences of the binge, in other words, which emotions and feelings it brings about. People who suffer from these disorders compulsively overeat simply for the sake of eating, usually in private or at night, in order to compensate for something that they feel is missing, or to forget, repress, or deny certain emotions. They also tend to be quiet or introverted, and avoid group settings or any kind of confrontation. They use food as an anaesthetic to fill an emotional void, and to numb conflicting emotions from their childhood that they have not been able to process fully. People who are unable to deal with anxiety, conflict, or anger usually turn to bingeing, because it helps them forget everything that is wrong in their lives, and the food silences their negative thoughts.

Food addiction can be triggered by several factors: psychological, physical, social or a mixture of the three. Understanding the eating disorder and why it develops is the first step to recovery. The cause may be physiological, meaning that there might be a genetic deficiency of an essential nutrient within the family. It has been shown, for example, that people with a specific genetic malformation are more likely to develop eating disorders. Another study revealed that, in some people, the hypothalamus - the part of the brain that controls hunger - sends distorted signals to the brain, which results in constant eating. Low serotonin production, which is one cause of depression, may also contribute to the development of an eating disorder.

Eating disorders are also caused by many different psychological factors. Depression, for instance, can either be physiological or brought on by a person’s environment. Studies have confirmed that people who suffer from depression tend to form a greater attachment to food.

It has been demonstrated that people who suffer from both physiological and psychological issues usually have difficulty showing emotion, and tend to experience control issues. These people often feel lonely, misunderstood, and unwelcome, and eventually begin to develop body insecurity issues.

Eating disorders are often triggered by social factors, such as our family’s influence over the choices we make. When our family members start making comments about our body, it causes feelings of insecurity, abandonment, and anger. They may be perfectly innocent observations, but they hurt deeply and stick with us, and eventually lead us to find comfort in food, first as children and then as adults.

When people believe that they have fallen short of society’s expectations, it leads to feelings of shame. We often make the mistake of trying to compensate for disappointment with food, for example, or using dessert as a reward. Although this might seem harmless, it actually has significant repercussions, because using food to numb emotions is extremely harmful. Some parents are hypercritical about their own physical appearance, for instance, so they try to dictate and control the food their child eats, but this very often leads the child to develop an eating disorder as they grow up.

The key ideas of "Reclaiming Yourself from Binge Eating"

There are different types of eating disorders

Mindfulness is essential in order to heal