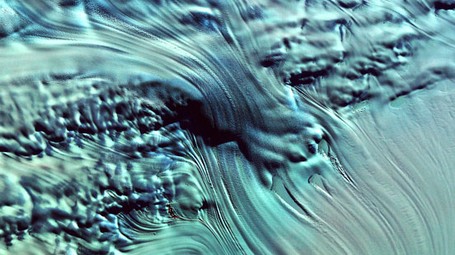 Paul Hawken is an environmentalist, entrepreneur, author, and activist who has dedicated his life to environmental sustainability, and building an ethical relationship between business and the environment. In 2014, he founded Project Drawdown, a non-profit organisation that aims to find solutions to reverse the current trend of carbon dioxide emissions into the atmosphere. He is also the author of numerous publications on the environment, ethical business responsibility, and social justice.

Over the last century, human beings have gradually become less connected to nature, and the vital bonds, which until recently held entire ecosystems together, are starting to break. This also applies to the connections between peoples, religions, governments, and markets, and this mutual disconnection has given rise to the current climate crisis. We now live on a planet that is dying, but the biological decline of the Earth is nothing more than a result of human actions and behaviour.

Global warming is the consequence of a build-up of heat in the Earth’s atmosphere, land, and oceans, as a result of an increase in greenhouse gases in the atmosphere. Climate change, on the other hand, describes a broader set of alterations affecting the Earth’s climate, including rainfall patterns, droughts, melting glaciers, and floods. Since the 1980s, the Earth’s average surface temperature has increased by about 0.18°C every decade. In 2020, the Earth’s surface was 0.98°C warmer than the average temperatures recorded in the pre-industrial era.

Many people feel overwhelmed by the way in which climate change is communicated, and this often prevents them from taking action. It is only natural to wonder what a single person could possibly do about such an enormous problem, and the answer is all too often: absolutely nothing. So we tend to leave the responsibility to take action in the hands of the technocrats, political leaders, experts, and scientists, in the hope that someone, at some point, will do something. However, the actions of individual people are what determine whether we will move forwards or backwards in the fight against global warming. We are more than capable of improving the situation, by simply asking how much our actions (even the simplest ones, such as buying food, clothes, appliances or moving around the city) are regenerative or destructive, how much they promote equity or increase poverty, and by understanding their impact on the environment.

The key ideas of "Regeneration"

Regeneration: making life the focus of our actions

Regeneration is based on six basic principles

Regeneration also requires a total rethink of the agri-food industry, increasing the variety of food we eat, and eliminating all waste

We can also act on the finance and the clothing industries, in order to counter climate change

Marine Protected Areas and sea-forestation are other tools we can use to safeguard the oceans, and increase their capacity to absorb carbon dioxide from the atmosphere

It is also important to restore degraded land, particularly forests, grasslands and wetlands, and to safeguard wilderness