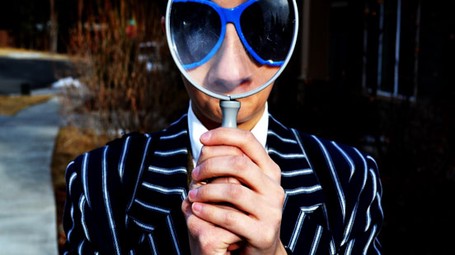 Denis Murano could be considered the pseudonym of a human resources professional who has worked in several large companies, and decided to write a first-hand account of the dynamics in this field. In addition to this book, he also co-wrote Inhuman Selection. The real reason you get rejected, with David Buonaventura, the creator of an innovative method for employee selection.

Firing people, one of a senior personnel manager’s main jobs

HR Head, Mr X heads up the personnel team of a large company: he has been working in human resources for 15 years, having been responsible for the selection and training of personnel for several different companies. He firmly believes that every few years, we should move to a different company, because at a certain point, we have nothing left to give, so it is time for a change. He now manages a team of eight staff in a large and flourishing company. One of his tasks is to let people know when they are about to be fired: over the years, he has learned to deal with this situation, but he admits that no matter how experienced he is, the task is always unpleasant and causes him stress. In fact, Mr X cannot stand it when someone bursts into tears in front of him, but it happens often.

As with every job, a Human Resource Manager has to learn a few tricks of the trade: first of all, never give the person being fired the impression that it is their fault or that they have done something wrong. Most of the time the decision to fire someone is taken for other reasons than the actions of the person themselves. When firing someone, you must show understanding and demonstrate that you have analysed the situation carefully, that you know it well, and that you are concerned about finding the best solution, especially when it comes to financial matters. Therefore, a redundancy package should include outbound mentoring and helping with finding new opportunities, as well as a sum of money.

Once a dismissal procedure has started, the company has no interest in stopping it: therefore when a person is told that he will have to stay at home, there is nothing he can do to influence this. The dismissal meeting has an unspoken format, in which there is a careful balance between what is said and what is implied. In short, everyone plays a role which is already written, but they pretend to improvise, as though each of these meetings were unique. For example, Mr X is very familiar with the expressions and gestures that accompany this type of meeting, and has a finely-tuned sense of timing to manage the situation appropriately.

The key ideas of "Risorse Inumane"

Firing people, one of a senior personnel manager’s main jobs

Company meetings are often a waste of time and energy

A good manager treats all employees with respect

Hiring the right people is difficult

Meetings with trade unions are a waste of time and energy

The three types of external consultant: desperate, unconvincing, and capable

Formal and informal organisation within a company

Overtime: a double-edged sword that opportunistic employees can take advantage of to earn more money

Travelling on the company dime: the magical world of working away

The trial period: a window for “easy” dismissal

A manager’s responsibility: manage people to the best of their abilities