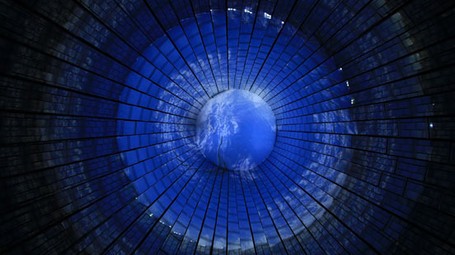 An enormous family: over time, many species of humans lived on the Earth simultaneously, until the survival of Homo Sapiens

Homo Sapiens, the species to which all human beings belong today, is just one of the numerous species of man that simultaneously began to populate the Earth two million years ago, first evolving, and then almost all disappearing, at random times and places, to finally become extinct at least 10 thousand years or so ago. So how come Homo Sapiens is the only one left? There are two conflicting theories which are more or less accepted, according to one’s take on the scientific research, and, unfortunately on one’s political tendencies: there is the ‘Interbreeding Theory’, which tells the story of attraction, sex and mingling between Sapiens and the other species inhabiting the territories that they travelled to, and there is the ‘Replacement Theory’, which tells a story of incompatibility, revulsion, and perhaps even genocide.

In any case, all members of the ‘homo’ species had something in common: a big brain, which was heavy and hungry for energy; a skeleton that had to quickly learn to hold a body up and no longer walk on four legs; and fragile offspring that they had to protect and raise within a tribe. But above all, they had a diet based on plants, insects and bone marrow – the last edible tissue left behind by lions, hyenas and jackals.

Just 400 thousand years ago, some species of humans began diligently hunting large animals, and only when Homo Sapiens appeared, around 100 thousand years ago, did man take his place at the top of the food chain. This is the key to understanding the history of human psychology: unlike majestic predators, such as sharks and lions, humans didn’t give the ecosystem time to adapt to their success…and they didn’t even give themselves time to do so. Until very recently, humans had been the scavengers of the savannah, and they were very worried about their position. This is the reason why, still today, Homo Sapiens’ fear of being ousted makes them extremely cruel and dangerous.

The key ideas of "Sapiens"

An enormous family: over time, many species of humans lived on the Earth simultaneously, until the survival of Homo Sapiens

The Cognitive Revolution: the power of imagination was able to unite an entire species enabling flexible collaboration within rapidly growing communities

Evolutionistic psychology: in our heads, we are all still hunter-gatherers

The attack on Australia: man leaves his first indelible mark

The Agricultural Revolution: human attempts to create an easier life brought about unexpected changes and results

Society Life: Forced to bring some order to society’s activities, man had to learn to record numbers and events before the invention of writing

History has a very precise direction: it is aimed at the unification of humanity, and its best weapon is the concept of money

The modern economy: infinite growth and wellbeing for everyone, as long as they continue to produce and to buy

The search for happiness: it is not possible to demonstrate whether modern humans are really happier than hunter gatherers were