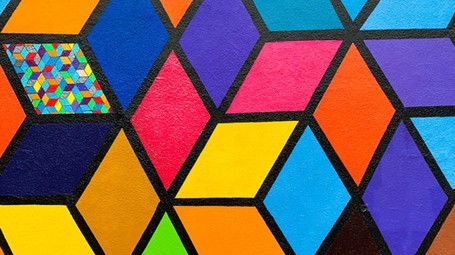 Claude C Hopkins (1866 – 1932), was one of the pioneers of modern advertising. A copywriter from Michigan, he is a legendary figure in the history of commercial communication. Many people, including David Ogilvy, called him “the biggest creator of advertising who has ever practiced the art”. Hopkins was very clear about his role in advertising, or selling more goods and services. He believed in inserting advertising in the overall approach to marketing and that a good product was often its own best advertisement, so he was one of the first people to introduce the practice of giving out free samples and analysing their results to improve the efficacy of advertising. He concluded his career as the president of the advertising agency Lord & Thomas in Chicago.

Advertising is only effective if it manages to generate a profit, and to do so, there are certain rules that need to be followed

The term advertising indicates the set of communication techniques used to sell goods or services. Over the years, advertising has gone from being something similar to gambling, - it could go well, or it could go wrong, just like when you place a bet - to being one of the safest and most profitable entrepreneurial endeavours:as long as it is done according to a certain set of rules. This change was made possible by comparing and testing the results of thousands of advertising campaigns worked on by a number of large agencies. The agencies involved continue to be the custodians of the most detailed knowledge of this field because, despite the changing of teams over the years, they have kept copies of all of the advertising campaigns that have been carried out, and their results, both positive and negative. Therefore, in the advertising field, we started to see the emergence of what, in the scientific field, is called "literature", that is, a series of cases from which to draw lessons and then, once consolidated in practice, new principles on which to base an advertising strategy.

Having fundamental principles on which to base one's advertising strategy allows the individual professionals involved not to have to start from scratch every time, but to navigate routes already traced by those who have trodden that path before them. This saves time and money, and guarantees success. Today, in fact, if an advertising company goes under - which is still possible - it is because it has not taken the cornerstones of advertising into account.

To draw up these rules, the public response to advertising was studied. The main sector that this data was drawn from was that of mail order, as in this area, everything is tracked: from the cost per response to the presale cost, from the marketing levers used to the creative devices involved, and even the general parametres set for each individual advertising campaign. Furthermore, in mail order sales, it is also very easy to compare two different advertising strategies.

The key ideas of "Scientific Advertising"

Advertising is only effective if it manages to generate a profit, and to do so, there are certain rules that need to be followed

Advertising is nothing more than knowing how to sell something to someone, but at a greater scale, and without human interaction

Curiosity drives people to buy, and they often judge a product by price, even if they aren’t familiar with it

Advertising must only be based on comparable data, avoiding the personal opinions of experts

To interest a particular customer, you need to create an advertising campaign based on specific statements, rather than generalisations, platitudes, or exaggerations

Whether it be long or short, the story of our product must be told exhaustively

To sell, your product needs to stand out from the crowd, and to do so, it must have a distinctive trait

The product itself is its own best salesperson, which is why the technique of giving free samples to the customer is one of the most used sales tactics