Learn the key ideas of the book by Eric Ries , Scott Kupor

Venture capital - and how to get it

What is venture capital investment? What are the basic requirements that a startup must meet in order to be interesting in the eyes of these VCs? A practical guide and many tips on how to set up the product, the market, and the team, but also on how the relations between the board of directors and founders must be set up and managed until the happy ending, the "exit". 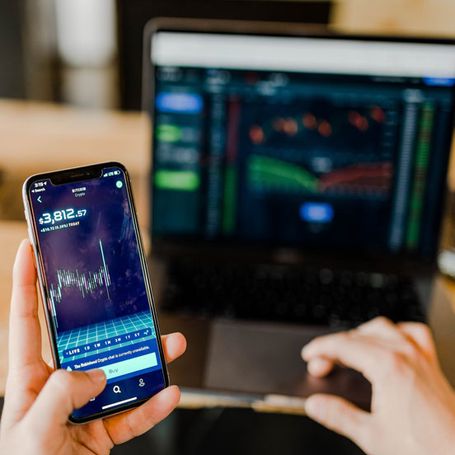 Eric Ries is a young entrepreneur and world famous speaker. He was one of the founders of the social network and virtual world IMVU and the author of “Startup Lessons Learned”; he also writes a blog that is very popular in the United States. From his many experiences, and from his mistakes, he developed a methodology known as Lean Startup, which marked the beginning of a movement that spread throughout the world. He is currently a startup consultant for big companies and venture capital firms.

Scott Kupor, managing partner of Andreessen Horowitz, is one of the founders of the venture capital fund of Stanford University. A Venture capital expert, he teaches courses and does consulting and was president of the board of directors of the National Venture Capital Association.

The role of venture capital in the US economy

Like Wall Street for bankers, like Hollywood Boulevard for actors. Sand Hill Road is the entrepreneurs’ paradise: this is home to the offices of venture capital companies that move the engine of the startup world in the US and in the world. Innovative entrepreneurship is a great risk, but also an opportunity that the US economy cannot do without: according to a Kauffman Foundation study carried out in 2010, startups are almost entirely responsible for the 25 million jobs created between 1977 and 2010.

The management of the funds that feed this breeding ground of ideas and well-being is obviously delicate, the relationship between entrepreneurs and VCs is not always simple, in part due to the lack of knowledge. It is important to be clear about the process that guides the choice of investments, in order to reach a fruitful agreement between the parties. As partners interested in starting a profitable business, entrepreneurs and investors must learn to get to know each other, to trust each other and to collaborate.

Signing a check is just the beginning, not the end, for the VC: their work continues by supporting the company in selecting the talents necessary for its growth, by putting it in contact with other production companies and by sharing experiences. As for the entrepreneur's job, only he can do it: a VC is only truly worth their salt when they choose good entrepreneurs to support. One thing above all: according to a 2015 study done by Ilya Strebulaev of Stanford University and Will Gornall of the University of British Columbia, 42% of all US companies that have been listed since 1974 had been financed by venture capital.

The interaction between VCs and entrepreneurs begins with the pitch phase and goes all the way to the IPO (Initial Public Offering) or acquisition. This is a difficult path to follow, and the asymmetry of information can create serious problems for their relationship, which can be compared to a marriage. Just like in a marriage, success is tied to knowledge and to mutual understanding.

The first VC to open its doors to entrepreneurs - in the true sense of the term - was Y Combinator. Born in 2005, Y Combinator created a model that made startups grow,  and this model became very popular. YC, as it is known in the sector, selects a group of startups and hosts them in a single large space, for a period of 3 months, supporting them with tutors, providing training and stimulating the sharing of skills and experiences. YC has cultivated a generation of entrepreneurs, walking them step by step through the process of launching their startups, and has created an ecosystem capable of supporting the development of over 1600 companies, including Airbnb, Coinbase, Instacart and Dropbox.

The key ideas of "Secrets of Sand Hill Road"

The role of venture capital in the US economy

The financial characteristics of Venture Capital

How VCs decide where to invest

An important actor on the scene: the Limited Partners

Launch a startup with venture capital

The work of the board of directors

What should you do when bad things happen

The happy ending: we have reached the "exit"