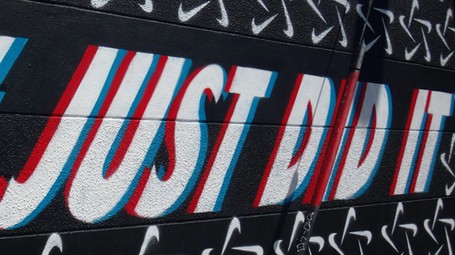 Phil Knight, entrepreneur and philanthropist, was born in Portland (Oregon) in 1938. He graduated from the University of Oregon and Stanford Graduate School of Business, and is the co-founder of Nike along with his ex-trainer, Bill Bowerman. After having been president and CEO of the company for many years, today he holds the role of president emeritus. In 2019, he was ranked 21st on the Forbes richest people in the world list, with an estimated net worth of $37.6 billion. Knight has donated over $2 billion to the two universities he studied at and Oregon Health and Science University. He is also the owner of the stop-motion animation company, Laika.

Starting before they were even ready: Phil Knight and his “crazy idea”

Just a few years into his twenties and nuts about sport, fresh from Stanford University, where he had graduated in economics, and having just completed a year of military service, Phil “Buck” Knight went back to his parents’ home in Oregon. He was at that turning point when a young person has to decide what to do with their life, and Phil was looking for something more meaningful than an accounting job.

The one thing he felt sure of was that he wanted his life to be full of meaning, for it to be creative and to have an objective. Before making any decisions about his life, he wanted to see the world, so he decided to go travelling alone for a year to Hawaii, Europe, Asia and Africa, making a living selling encyclopaedias and insurance. During his journey he thought about the big questions in life and decided that the only way for him was to take the road less travelled. He didn’t want to work for a big company, but he wanted to start something on his own that was new, dynamic and different.

There was one particular idea that kept going around and around in his head, a crazy idea that had been with him since college. At the time, Phil had noticed that Japanese cars had become very popular in America and, given his passion for sport, in particular for running, he felt that Japanese shoes, which were of excellent quality and cost less than American sneakers, would sell really well in America. Having done months of research, Knight presented his idea in his final paper at college, and no one was particularly impressed. In spite of this, he couldn’t get this “crazy idea” out of his head, because he felt sure that he had hit on something big. So, towards the end of his travels, he decided to pay a visit to Japan, to visit an actual Japanese shoe manufacturer. At the time, Knight was very young, with no entrepreneurial experience. In addition, relations between the United States and Japan in the 60’s were not the best. With no idea of the possible outcome, but determined to see whether his crazy idea had a chance, Knight got in touch with Onitsuka, the makers of the Tiger shoe, and managed to get a meeting.

The managers at Onitsuka thought that Phil worked with a big American company, so when they asked him for his company name he quickly came up with “Blue Ribbon”, thinking of the blue ribbons he had won in sport at school. In spite of this shaky start, Onitsuka saw an opportunity, and decided to allow Phil Knight to distribute their shoes in America. This is officially how the company Blue Ribbon got started, which later changed its name to Nike. Phil placed his first order for a few thousand pairs of Tigers to be made and shipped to America. When he signed the order, he didn’t have the money to pay for it, neither did he know how he was going to get it, but he believed in his ability to find a way. He borrowed some money from his dad to import the Tigers, which he started selling from the trunk of his Plymouth Valiant in 1963. In his first year of business, when Adidas and Puma were already well established companies, Knight made eight thousand dollars. Today Nike’s sales exceed 30 million dollars a year and they have overtaken their competitors by far. All his life, Phil Knight has thrown himself into new adventures and he has always tried to understand how to manage the long game as he went. He has never waited until he felt ready. He has always had faith in himself and his capabilities, thanks to the strong calling that led him to follow his chosen course.

The key ideas of "Shoe Dog"

Starting before they were even ready: Phil Knight and his “crazy idea”

Surround yourself with the right co-workers: Blue Ribbon and the shoe dogs

Fail fast, because the lessons learned from failure are an invaluable resource

Life is growth: anyone who isn’t ready to grow is destined to fail

The birth of Nike and the swoosh symbol: when you let instinct decide

Feeling part of something big: why you need a mission, not a career