Home History and Philosophy Six Memos for the Next Millennium 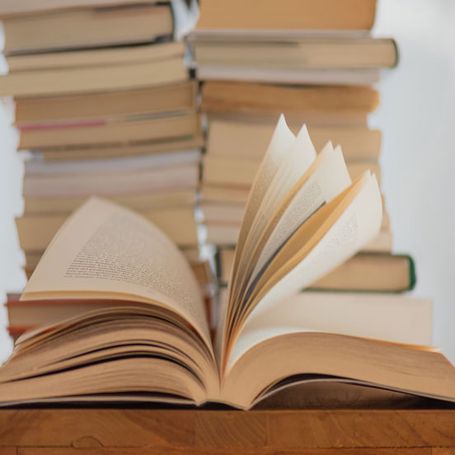 Born in Cuba to a Ligurian father and a Sardinian mother, Italo Calvino was one of the most important Italian writers of the twentieth century, well known all over the world, and with multiple works translated into multiple languages. His propensity for following the literary movements of his time, combined with his own strong personality, allowed him to provide constant originality in his work, and led him to be recognised as an intellectual of great artistic and cultural significance. After participating in the Italian partisan resistance during the Second World War, he worked for the Einaudi publishing house for a long time, before moving to Paris, where he lived for some years. His most important works include The Path to the Spiders’ Nests, The Cloven Viscount, The Baron in the Trees, If on a Winter's Night a Traveller, and Invisible Cities.

The Harvard lectures, and the importance of beginning and ending any literary work well

Over the course of several academic years, the Charles Eliot Norton Poetry Lectures were held at Harvard University (Cambridge, Massachusetts), involving a cycle of six lectures hosted each year by a different illustrious guest, revolving around the theme of their choosing. In June 1984, Italo Calvino was invited to host these lectures, and he decided to base his speeches on what he believed were the literary values that needed to be preserved in the advent of the next millennium; in addition to a first (incomplete) conference on beginning and ending, the values chosen by the Italian writer were lightness, quickness, exactitude, visibility, and multiplicity.

Italo Calvino, the first Italian writer to be invited as a speaker at these conferences, following in the footsteps of famous literary figures such as TS Eliot and Jorge Luis Borges, worked very hard on these themes. Unfortunately, however, he never had the opportunity to present them at Harvard, due to his death in September 1985. This book therefore presents the manuscript with the notes for the conferences, salvaged by Italo’s wife, Esther.

In the introduction prior to addressing the different values of literature, Calvino makes his intentions clear: to make people realise that there are things that only literature is able to give, and that his lectures will be dedicated to the literary values that are particularly dear to him, presenting them, as he intended,  within the context of the arrival of a new millennium.

The first conference was planned to have dealt with the theme of the beginning and the end of novels, which would have flowed into the piece prepared for the last conference, dedicated to consistency as one of the core values, but was never finished.

With regard to beginning, Calvino speaks of the beginning of a literary work as a moment of choice: we are faced with the opportunity of saying whatever we like, in whichever way we please, and by actually starting to write, we make the choice of saying one particular thing in a specific way. In short, it is a question of detaching oneself from unlimited and multi-faceted potential, in order to create something that can only exist to the extent that the constraints and rules of a specific choice will allow. With the beginning, the writer enters the verbal world; the great ancient literary figures recognised the importance of this moment, and, in fact, they opened their poems by invoking the Muses. In the seventeenth, eighteenth, and nineteenth centuries, however, the tendency became that of starting a story by presenting characters and facts on a temporal and geographical level, right from the outset. More modern writers, on the other hand, do not appear to feel the need to herald the beginning of their narrative, preferring, instead, to open in medias res, or in mid-action.

Generally, it is slightly more difficult when it comes to the end of literary works: even in the most linear texts, it is always difficult to decide when is the right time to end a story, because it could potentially continue indefinitely. Perhaps this is why, from an aesthetic point of view, beginnings are always more beautiful than endings: many memorable and original beginnings have gone down in the history of literature, however far fewer endings are so well remembered.

The key ideas of "Six Memos for the Next Millennium"

The Harvard lectures, and the importance of beginning and ending any literary work well

The value of lightness: subtracting weight from the world with literary language

The value of quickness: leave enough space for the imagination by writing in a fast and agile way

The value of exactitude: literature as a medicine for a "sick" language, which has become too flat and vague

The value of visibility: we do not lose our ability to think in images

The value of multiplicity: literature as an encyclopedia that connects different things, people, and facts