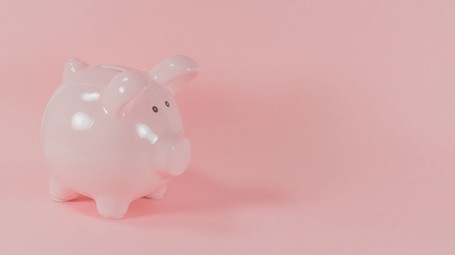 David Bach is one of America’s leading financial experts, and advocates personal financial empowerment, education, and action. His career in finance began at Morgan Stanley, he then went on to become vice president of Edelman Financial Services, and today he is co-founder of AE Wealth Management. He is the author of 10 New York Times bestsellers and 12 Wall Street Journal bestsellers, and his newsletter 3 Minute Sunday is read by millions of people. Bach has also appeared on several TV and radio shows, and hosts the David Bach Show, a top 100 podcast on Apple.

Financial planning is important for everyone, but especially for women

Although it seems unfair, as a result of the gender gap in salaries, and the fact that women tend to live longer than men, it is still especially important for women to draw up a financial plan. In America, for example, estimates show that, on average, a woman earns only 80 cents for every dollar earned by a man. What’s more, women often have a less stable regular income than men, due to gender discrimination and the fact that women generally shoulder various social responsibilities, such as raising children and caring for the elderly. These responsibilities force women to leave and re-enter the labour market much more often than men, and they are therefore often the first employees to be let go in staff cuts. It also takes women longer to find a new job than men, so they often resort to taking part-time jobs that pay even less and offer fewer benefits. This means that women are able to put aside less money for their retirement, even though they will need to use this money for longer than men, as they tend to live longer. All this makes it especially essential for women to have a long-term financial plan.

Women also tend to have a more emotional relationship with money. The ‘Bag-Lady Syndrome’ is a symptom of the widespread fear among women that they will end up penniless, even if they are well off. According to research conducted in 2006 by the Allianz Life Insurance Company, 48% of women with an annual income of at least $100,000 worry that they will end up penniless and homeless. This anxiety is the result of two main factors: a lack of self-confidence, and an underlying dependence on other people. In order to overcome this emotional approach to finance, we must first be completely aware of our financial situation, and then understand what role money plays in our life.

Financial planning is important for everyone, but especially for women

In order to manage our portfolio effectively, it is important to identify which values we associate with money

We need to debunk three main myths about money, in order to achieve financial well-being

If we want to achieve financial security, we have to be organised

Successful people know exactly where they want to go, and this also applies to financial success

We have to pay ourselves before paying others

The three-basket approach helps us achieve and maintain financial stability