Home Society and Culture So You Want to Talk about Race 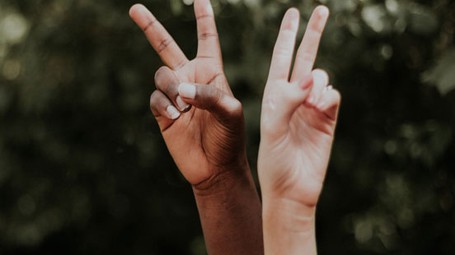 Ijeoma Oluo is a Nigerian-American writer. With her book of essays entitled So You Want to Talk About Race, she entered the New York Times bestsellers list. She has written for prominent publications including The Guardian, Jezebel, The Stranger Medium and is editor-at-large for The Establishment. Born in Denton, Texas, she lives in Seattle, where she was named one of the city’s 50 most Influential Women in 2018. She graduated from Western Washington University with a degree in Political Science, and has two children.

Racism is not a personal problem: it is a systemic one

The biggest challenge for many people when it comes to talking about racism, is realising that it is not a personal problem. For racism to become a huge element of the social, political and professional fabric of the United States and a large part of the Western World, there are not “mean” individuals, but an entire system that has been built up over centuries. So talking about racism on a personal level, altering the relationship between single individuals and people of colour is not going to help to bring about an effective change. In order for change to happen, we need to recognise the methods and ways through which discrimination seeps, every day, into every area of our lives, and we need to take that system apart.

The first step towards doing this, both on the part of white and black people, is to open our eyes to those subjects which are actually linked to race. A subject or a problem is linked to race simply if:

What does all this mean? That if a black man is stopped on the street by the police, you cannot assess that situation without considering the act of stopping him as part of a widely recognised pattern according to which being stopped by the police has a disproportionate influence on the lives of people of colour compared to that of white people.

To dismantle racism one must first of all recognise its systemic nature. When black men are said to be lazier, it doesn't just affect the personal feelings of those people wrongfully accused of a flaw they don't possess. More than anything else, this accusation affects the general misconception that all black men are lazy, which in turn makes it harder for them to be admitted into a particular school, called for a job interview, hired, and promoted. So every time a racist observation is made, one should set all emotion aside and clearly analyse what systemic problems feed, and are fuelled by, those kinds of observations.

The key ideas of "So You Want to Talk about Race"

Racism is not a personal problem: it is a systemic one

To be able to talk about racism with full awareness, make sure you understand the notions of privilege and intersectionality

Learn to adopt correct terminology to ensure any discrimination is constructive

Recognise and avoid microaggressions, even involuntary ones

How the myth of the model minority increases systemic racism

What does tone policing mean, why is it never used and how to understand the anger of those who are discriminated against every day

Being accused of racism could help you become a better person

Now that you have learned the theory, put it into practice