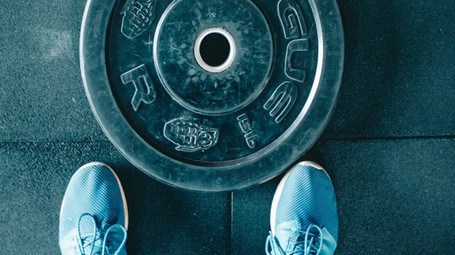 John J. Ratey is an associate professor of psychiatry at Harvard Medical School, which he combines with his private practice in Cambridge, Massachusetts. During his long career as a clinical researcher, he has published numerous studies on psychiatry and psychopharmacology, and in 1986 he founded the Boston Center for the Study of Autism. Ratey has also been an active researcher of ADHD and milder and less recognised psychological disorders since the 1980s. Today, he is one of the main supporters of the use of aerobic exercise in the treatment of psychological and psychiatric disorders.

The mind and body are connected, and they both benefit from physical exercise

The brain is a mysterious machine, whose functions, despite countless studies, are still under constant scrutiny by scientists and researchers: after all, it is precisely in this fundamental organ that the secrets for a healthy, fulfilling and long-lasting life are contained. So it is not uncommon to read about new, surprising and sometimes unexpected developments. Among these, in recent decades there has been an ever greater acknowledgement that exercise and movement are strongly connected with the mechanisms which allow the brain to work at its best, triggering a series of reactions in the cells that can radically change our entire existence.

The connection between movement and well-being has its roots in our past: what we are today is an evolution of what we were in the beginning, meaning animals whose survival was dependent on the movement required to capture the prey on which they fed. Over the many centuries of evolution, our brain has adapted to changes in the surrounding environment and the society we live in, up to the present day, when in a world dominated by a sedentary lifestyle and countless screens, we seem to have stopped listening to our body’s natural instinct to move, and we have begun to completely exclude movement from our day. This is a real threat, not only to human health, but also for our future, because movement and intelligence, creativity and knowledge are strongly connected, and all the incredible works and achievements that mankind has ever made, come from this. Unfortunately, the society we live in treats body and mind as two separate entities, but the truth is that they are closely related, and should be thought of as such.

This is the motivation behind the author's theories: we should all include physical exercise in our daily lives, not only to help us feel better physically, to look better and to be healthier, but also in order to make the most of our cognitive abilities, by looking after our brains.

Many studies have shown that movement increases the levels of certain neurotransmitters - serotonin, dopamine and norepinephrine - which regulate our thoughts and emotions, and among other things, help keep depression and addictions at bay, and help to treat ADHD, (attention deficit/hyperactivity disorder). Studies carried out in recent decades, however, also show the important role that movement plays in the treatment of female hormonal changes, and therefore for anyone suffering from premenstrual syndrome or disorders related to pregnancy and menopause, and in keeping us healthy and alert as we get older. Finally, motion and physical activity are inextricably linked to the learning process, as shown by the exceptional results of new high-intensity exercise programs trialled in certain American schools.

The key ideas of "Spark"

The mind and body are connected, and they both benefit from physical exercise

The secret to dealing with stress is to stay active

The endorphins and neurotransmitters released during exercise help to treat depression

Moderate and constant exercise is perfect for helping with hormonal imbalance