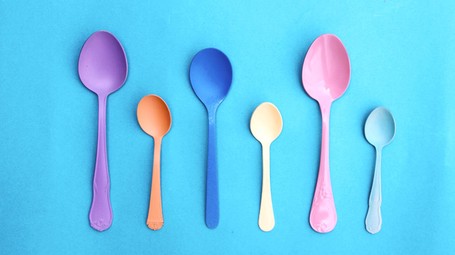 Tim Spector is a Professor of Genetic Epidemiology at King’s College London. He is also the Director of the TwinsUK Registry, which he founded in 1993: this is the largest twin database in the world and has become invaluable in the field of medical diagnostics. Spector has written over 600 scientific articles which have been published in the most prestigious international journals, including Science and Nature, and has appeared numerous times on radio and TV.

Food science is a new discipline, but it is often underfunded and overlooked, which continues to fuel the spread of food misinformation

Food is the most important form of general medicine that we can control and regulate ourselves, and we must learn to use it as effectively and as early as possible. There are currently three main obstacles that prevent us from fully understanding food and nutrition, and their effects on our bodies and health: bad science and its limitations, the misunderstanding or manipulation of scientific findings, and food industry lobbying.

Nutritional science is a complex issue, and was only developed as recently as the 1980s in response to the ever expanding production of industrial foods, which was completely transforming our diets. This shift towards industrial food pushed governments to try and provide people with answers and guidance, in order to avoid the onset of nutritional deficiencies, and to educate citizens on maintaining a healthy diet.

The problem is that the importance of nutritional science is largely overlooked among the scientific community, perhaps because it is still in its early stages. What’s more, it has never been fully integrated with the other sciences that focus on human health, and the connections between the various disciplines have only recently begun to be recognised.

This is another reason why research in the field of nutrition is underfunded. The pharmaceutical industry receives enormous sums of money in investments, because pharmaceutical companies make huge profits, and because we are now so accustomed to managing our health with medicine. Testing a drug is a much simpler process than testing foods, because medicines often cause more immediate reactions, and their purpose is more specific. Carrying out an accurate study on foodstuffs, on the other hand, requires an extremely large sample of people, because everyone’s microbiome is different, and it would therefore take a great deal of time to measure the findings.

So, food research is often based on small-scale experiments that fail to provide relevant findings, or experiments on cells or rodents, which cannot be applied to human beings.

The key ideas of "Spoon-Fed"

Food science is a new discipline, but it is often underfunded and overlooked, which continues to fuel the spread of food misinformation

Most of what we are told about food is inaccurate or misleading, because the results of food studies are often misunderstood or manipulated

National nutritional guidelines, as well as every diet plan on the market, do not work for everyone in the same way

The saying that breakfast is the most important meal of the day is a myth: although it is not necessarily bad for us to eat breakfast, it may not have the positive effects we once thought

Although there are no universal food guidelines that apply to everyone, food scientists have come up with some recommendations to help guide our choices