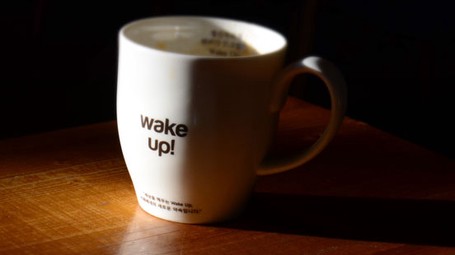 Rob Moore is an author, a public speaker and a property investor. He is the cofounder of the Progressive group of companies, which includes Progressive Education, Progressive Lets, Progressive Property Network and Progressive Portfolio builder. Progressive Property is a company that teaches novices in the British property market, publishing articles, blogs, videos and newsletters. In addition, Moore is co-author of My 44 Most Closely Guarded Secrets, Make Cash in a Property Market Crash, Progressive in Property: From Beginners to Winners. He has also written Multiple Streams of Property Income and Life Leverage: How to Get More Done in Less Time, Outsource Everything and Create Your Ideal Mobile Lifestyle.

Why do human beings tend to procrastinate?

Indecision and the propensity to procrastinate materialize in different ways, but the reason behind this behaviour is always the same: it is a reaction to a perceived threat. Procrastination is a way to escape difficult situations and thus save the energy needed for survival. In short, it is a self-defense mechanism that derives directly from prehistoric times: Homo Sapiens, according to some scientists was the first being to know how to carry out "complex planning", which requires the ability to conceive the future as the result of a series of actions. Instead of blindly attacking a mammoth, our ancestors began to gather in groups, establish tactics, make decisions before acting. Since prehistoric times, procrastination has evolved and today it protects us from:

In reality, a part of our brain has not kept up with the change that has taken place around us: certain behaviours are no longer needed to keep us alive. What is still positive about procrastinating is that we can analyze why we do it: understanding the mechanism that triggers it shows us what we are afraid of.

Perfectionism is often seen as a virtue, but it can be a block that we activate to protect ourselves from fear of failure. The paradox here is that we are perfectly imperfect and that the drive towards "it’s never enough", rather than helping us improve, can only hinder us.

Don't label yourself as a procrastinator. Instead, think about enhancing your abilities in the field where you do better. Decision muscles can be trained, and you know in which field you can be decisive: this is where you have to train. Build your decision muscle, success after success .

The key ideas of "Start Now. Get Perfect Later"

Why do human beings tend to procrastinate?

What is “pre-crastination” and how to avoid it?

Bouncing from one activity to another is harmful

There are no big decisions, but rather many small decisions

The things we worry about rarely happen

What are polarized sensations?

The paradox of choice: all you have to do is reduce them!

Avoid putting yourself under pressure to decrease the chances of failure

How to prioritize important things

Not everyone can wake up at dawn

Use the Pomodoro Technique to improve concentration and productivity

How to be creative

Setting deadlines helps to meet them

Fear of being excluded: FOMO

The process that minimizes risks

What is the exact balance between intuition and information?

Learn to change your mind

Know how to rest and play

Carefully choose your commitments so you can keep your word