Home Sales and Negotiation Start with No 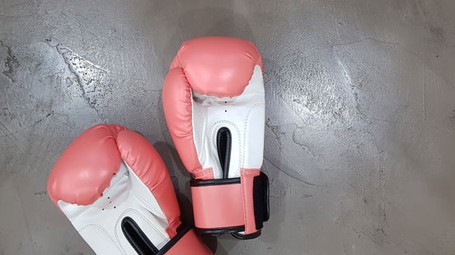 Jim Camp is a negotiation coach, and founder and CEO of the Camp Negotiation Institute, a company that provides negotiation training based on the method that Camp himself devised. Its clients range from telecommunications to import / export, from government agencies and scientific laboratories to workers in the healthcare sector. His clients include both large companies, such as Motorola, Texas Instruments, IBM, Merrill Lynch, and Prudential Insurance, as well as smaller companies and freelancers from all around the world. He is the author of the book Start with No: The Negotiating Tools that the Pros Don't Want You to Know.

The win-win negotiation method does not exist because one of the two parties always dominates the other.

A negotiation is an agreement in which both parties have the right to say no. Everyone believes that the win-win method lies at the base of good negotiation. However, the truth of the matter is that this method, which claims to help both sides come out as winners, is actually just a cover for underlying manipulation which, once discovered, results in one side abusing their power to take advantage of the other party at the negotiating table.

In the 1990s, General Motors, an automotive manufacturing giant, had promoted a program aimed at optimising its suppliers’ costs, which came to be commonly known by the acronym PICOS. The basic idea was to help their suppliers keep the costs of designing and manufacturing products sold directly to General Motors low. In this way, General Motors’ own costs would also be kept down. At first glance, this may seem like a win-win situation, but in reality, this agreement resulted in driving GM suppliers into a position of submission, and proved to be a fatal practice for many small companies that, unable to meet the agreed delivery lead-times, were subsequently excluded from future commercial agreements.

A hidden compromise underpins all win-win negotiations, which often works to the stronger party’s advantage. An example of this can be found in the story of a young Californian software start-up: a Japanese company offered to pay the start-up $400,000 to license its software technology. Initially, the deal seemed like a win-win situation, but then it turned out that the Japanese company was nothing more than a cover for a much larger Japanese company that wanted to acquire the technology necessary for its machinery production at the lowest possible price. Eventually, a deal was reached, but the start up was paid $8 million, as opposed to the initial offer of $400,000, because that was the real value of their technology.

In summary, win-win negotiations are often based on gut feelings and emotions, rather than on rational decisions, and so should always be avoided, because it is never a truly fair deal – that is, unless you’re just talking about negotiating with your neighbour about what time to have a barbeque.

The key ideas of "Start with No"

The win-win negotiation method does not exist because one of the two parties always dominates the other.

In a negotiation, neediness puts you at a disadvantage

Saying “no” in a negotiation increases your chances of winning

Defining the purpose of the negotiation, and framing it in terms of your adversary, is fundamental

Another two fundamental negotiation techniques: avoid showing your emotions, and develop your imagination

Knowing what your opponent's problem is, will put you in the driver’s seat of the negotiation

When deciding the budget, you must also consider the time spent, the energy used, and the emotional investment required in addition to the money

For good self-esteem, which is an essential requirement for a negotiator, start “paying it forward”