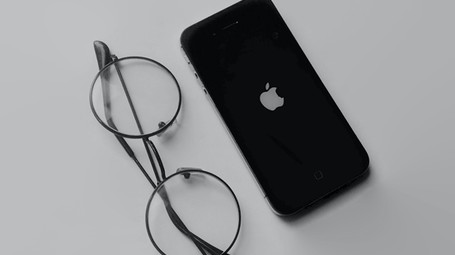 Walter Isaacson is a journalist, writer and an expert creator of biographies. Having graduated from Harvard University in history and literature, he became editor in chief of Time magazine and CEO of CNN and Aspen Institute. He has written several biographies, including those of Henry Kissinger, Benjamin Franklin and Leonardo da Vinci.

In 1955, Steve was born and adopted by Paul and Clara Jobs. His biological mother wanted his parents to have university degrees and because they didn’t, she insisted that they started a college fund for when he grew up. This is how Steve Jobs entered this world, abandoned by his biological parents, and destined to go to college. Having been told that he was adopted at a young age, Steve felt both abandoned and special, and felt sure that he was destined to do great things. His was a typical childhood for the late 1950’s; he grew up in a residential area in Mountain View, and his father passed his passion for cars and mechanics to his adopted son. This was the period of the real estate boom, caused by military investments, where there were many technicians and engineers in Steve’s area. He grew up in an area with a strong, avant- garde, industrial military presence, a feature that combines high-tech and mystery; so his environment was very stimulating. At the same time, the technology–based economic boom was just starting to flourish. In nearby Palo Alto was the garage where Hewlett Packard came to life, a rapidly growing industry that manufactured technical tools. When Steve was 9, Hewlett-Packard had 9,000 employees. At this time, Stanford University created an industrial park for private companies to market their students’ ideas. The region was able to develop largely thanks to new semiconductor technology which prompted the need for silicon resources in  which that particular valley was rich. Within just a few years, there were more than 50 companies making semiconductors. The area that runs from the south point of San Francisco to San Jose, passing through Palo Alto, became known as Silicon Valley. Steve grew up in this environment, admiring it, absorbing the excitement in the air and moved by curiosity for innovation in which he was immersed. Steve realised that he was particularly intelligent and perceptive, that he had a brilliant mind and that he was much brighter than his parents. All this, coupled with knowing that he was adopted, gave him a feeling of isolation, both from his family and from the world as a whole. Luckily, his parents understood early on that their child was “gifted” and they did everything to try and stimulate his intelligence. He got bored at school, and did not find the lessons very interesting; he was often suspended and very early in his life, he chose to abandon the Lutheran church that his parents went to, so that he could devote himself to the study of Zen Buddhism.

The key ideas of "Steve Jobs"

A very intelligent, unique and non-conformist young man goes in search of illumination

The Apple philosophy: create something that people can believe in, whilst maintaining the utmost simplicity and maximum refinement

Copying what others do and doing it better

Pixar is born: that magical encounter of creativity and technology that Steve Jobs adores

The ability to stay focussed and think different: Jobs’ return to Apple

Keep innovating to turn your computer into a digital hub: iPod, iPhone and iPad