Learn the key ideas of the book by R. Mckee , T. Gerace

Story-driven marketing in the post-advertising world

Storynomics analyzes the profound transformation that marketing is undergoing, and the consequent decline of traditional advertising. This transformation is driven by newly emerging technologies that are changing the public's perception. Previously, the public may have been attracted to mechanisms that took advantage of the rational and emotional systems, by using "push" techniques. However, modern consumers want to be seduced and delighted by "storytelling", which uses "pull" techniques. Robert McKee and Thomas Gerace share the secrets to telling a successful story. 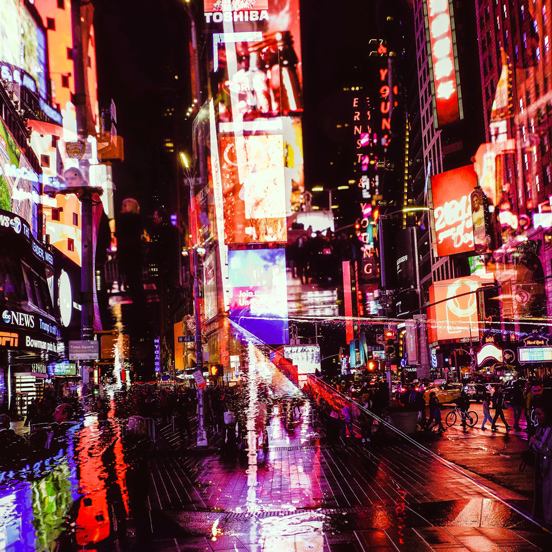 Robert McKee is one of the most recognized creative-writing teachers in the world. He is the author of Story, Substance, Structure, Style and the Principles of Screenwriting, a work considered "the Bible" by film and television writers. His articles and interviews have appeared in numerous newspapers and magazines around the world, such as "The New Yorker", "Vanity Fair", "New York Times", "Washington Post", "Figaro", "Süddeutsche Zeitung", "Harvard Business Review", "Wall Street Journal", "Guardian" and "Fast Company".

Thomas Gerace is the founder and CEO of Skyword, the leading content marketing platform that services companies such as Samsung, Philips, Mastercard, IBM, GE, Colgate, and HP. He is a pioneer of digital marketing and for over two decades he has helped hundreds of marketing teams adapt to changes and to the continuing evolution of technology.

The marketing crisis and the beginning of the revolution

More and more consumers are moving away from advertising-dominated media. With the consolidation of new technologies, marketing is undergoing a profound transformation and traditional advertising will soon be a thing of the past. We are moving from "push" techniques, which "force" advertising onto the user, to "pull" methods that attract them through stories.

The key ideas of "Storynomics"

The marketing crisis and the beginning of the revolution

The birth of marketing and its evolution throughout history

How to create a story

How to present a story's structure

The 8 stages that make up a story

The difference between purpose-told stories and narrative stories

The role of the Chief Marketing Officer

The 5 grand genres of a story

The traits of successful campaigns

The use of artificial intelligence to aid our stories

Stories in the B2B world

Storytelling in the future