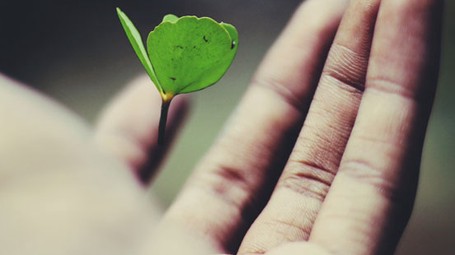 Darin Olien is regarded as an authority on nutrition and wellness. Creator of a 21-day detox programme, he has studied physiology, nutrition, and psychology. He defines himself as a "Superfood Hunter" - a hunter of foods that are good for human health, and has travelled the world in search of the best foods to eat. Very attentive to the production chain, he is also on the board of directors of RainCatcher Inc, a non-profit organisation that is involved in providing people with adequate drinking water.

Our body is a force of nature. It does an extraordinary job, all by itself, like a machine in constant motion. Our bodies have been designed to work perfectly, and when this does not happen, because something has disrupted our internal balance for some reason, we are even programmed to heal.

Sometimes we do fall sick though, in which case it is too late, and the balance can no longer be restored. In fact, the main problem is often identifying the underlying cause responsible for generating a disease. We usually use medicines to intervene, without thinking that these could adversely affect our state of health.

According to Darin Olien, the secret lies in prevention.

Born prematurely, Olien suffered from poor health throughout his childhood, with severe limitations due to recurrent infections and various dysfunctions. At the age of 13, Olien, tired of always lagging behind and having to lead a different life to that of his peers, asked his mother to replace his junk food diet with grapefruits. He soon began to feel better. He then stopped taking the medicines he had been prescribed, and his health went from strength to strength.

Thus began his journey of discovery. Having tried it on himself, he chose to delve deeper into the subject by studying physiology and nutrition, with the aim of sharing his discoveries, and helping those like him, who had similar health problems.

One of the first points raised by Olien concerns the balance between health and disease. According to him, illness does not exist, or rather, when it occurs, it is only a symptom that makes itself felt in order to draw your attention to something, and show you that something is not working in the way that it should. He says that this is the source of a huge misconception, which can be considered, on a therapeutic level, as a complete ‘mis-diagnosis’, since in most cases, the medical approach is primarily concerned with curing the symptoms, rather than the cause.

For example, taking pain killers to stop you from feeling pain stifles the sensation, but doesn't cure what is causing you to feel that pain. In the long run, all of the flaws inherent to this methodological approach will surface, and the person being treated only enjoys the short-term benefits.

In fact, an ailment or disease seemingly caused by a tiny problem may actually be the result of a more serious issue.Treating the minor causes may be useless, and merely give the illusion that the issue is being dealt with. The truth is, doing this wastes time, because the real reason for the illness will continue to worsen. On the other hand, when the origin of the disease is discovered, even if it cannot be cured entirely, at least it can be addressed in the right way.

We are used to always living ‘below par’ - we accept aches and pains without giving them a second thought, explaining them away as "adult” ailments. However, what we should really be doing is adopting the opposite approach: the minor complaints you are suffering from today could be a sign of something more serious in the future. Insomnia could turn into tomorrow’s heart attack, or being constipated could be a warning sign of bowel cancer. When we don’t deal with the problem, it becomes chronic or incurable.

Instead, we should all practice self-love right from childhood, and while we may live our life in the awareness of health being a true gift, we must also make sure to take care of it, every day - everyone is responsible for their own health. To do this, however, you need to know how. Without the right information, and without knowing what our bodies require to function well, it is impossible to take care of yourself properly.

The secret to staying in optimal health is to keep 5 factors under control: nutrition, hydration, oxygenation, alkalisation, and the body's ability to detoxify. These 5 factors, which need to be adapted and integrated with each other, are able to determine if you will be strong, energetic, fit, and happy, or out of shape, sick, and always skating on thin ice.

Nutrition is fundamental: every piece of food that you consume is transformed by your body into energy and nourishment, and depending on the quality of what is ingested, the body's response changes.

Hydration relates to the quantity and quality of the liquids ingested, while oxygenation depends on the quantity and quality of the air that we breathe. The body’s internal balance between acidity and alkalinity also depends on what foods we eat, and needs to be perfectly balanced to avoid certain health issues, like an upset stomach, for example.

The body needs to be helped when it comes to the detoxification process, and where it fails on its own, it must be supported with periodic cycles that help free it from excess toxins.

The human organism can function perfectly, but it takes very little to throw the balance off. If, however, these five forces can be kept under control, the body will be able to maintain balance and stay in good health.

The key ideas of "Superlife"

The first step towards well-being is choosing what to eat, evaluating where it’s sourced, and carefully selecting foods

The role of the intestinal microbiome in general health

Keeping the body well hydrated is another key to staying healthy

Be mindful of oxygenation, and maintaining the right Ph balance to make sure you live well now, and in the future