Home Science and Technology Tales from the Ant World 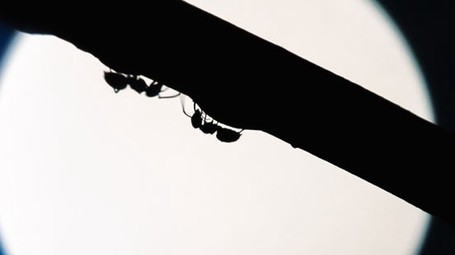 Edward O. Wilson is one of the world’s most beloved scientists, and has dedicated his whole life to the study of ant behavior. Born in Alabama in 1929, he discovered his passion for ants at a very young age. After he graduated in Biology from the University of Alabama, he began to teach while also continuing to work as a researcher. He has received several accolades for his studies, and has won the much coveted Pulitzer Prize twice for his books On Human Nature and The Ants, which he wrote with Bert Holldobler.

When you think about ants, your mind is likely to conjure up an image of one particular type of ant. Whether small or large, the ant is usually an enemy we fight with inside our homes, or the unwanted guest that inevitably turns up at picnics. In reality, there are many species of ants, spread all over the world, whose characteristics make them very different from each other.

The science that studies the behaviour of ants is known as myrmecology, which is a branch of zoology. The term derives from the Greek word myrmex, which means ant.

Numerous studies show that ants are intelligent, endowed with incredible abilities that allow them to communicate through chemistry. They are also endowed with a great sense of community, which means not only do they live in their colony and fight to defend it, but they also share food with each other.

Most species of ant are omnivorous, and are organised according to a matriarchal scheme, whereby the queen ant rules the entire colony, and the males work in service of the queen.

They live in a colony, and can become very aggressive when they are required to defend their anthill.

Edward Wilson was little more than a child when he first became interested in ants. His passion for nature began even earlier, when his mother gave him his first microscope, which he spent lots of time playing with.

At the age of 10, Wilson’s parents divorced, and he decided to leave Florida, to move with his father to Washington DC. He lived near the National Zoological Park, and spent a lot of time there, just daydreaming. This was the place where he first discovered a passion for butterflies, and later for ants.

When, at the age of 16, he moved with his father to Alabama, he embarked on a specific course to study ants, a subject that he ended up devoting 80 years of his life to.

Over the years, Wilson has managed to analyse about 15,000 different species of ants, both in a laboratory setting, and in their natural habitat. He describes them as superior beings; they might be extremely small, but they often have enough strength to defeat larger predators.

Part of their strength derives from their group, as they always act together. There is no such thing as an ant who works alone; when you only see one ant, it means that it is an explorer ant that has set out in search of food. If it finds any food, the explorer ant will return to call the others to go and retrieve it.

The key ideas of "Tales from the Ant World"

There are many different species of ants all over the world, and some of them can be dangerous

The organisation of an ant’s nest is perfect, and it is matriarchal

Ants communicate in a fascinating way: through taste and smell