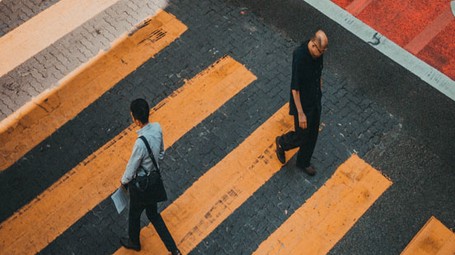 Malcolm Gladwell is a Canadian sociologist and scientific journalist. He has worked for the Washington Post, where he was the head of their New York office. He has collaborated with the New Yorker since 1996, with some of his bestsellers deriving from his articles, including The Tipping Point: How Little Things Can Make a Big Difference and Blink: the Power of Thinking Without Thinking. He has received an honourary degree in literature from the University of Waterloo, and currently resides in New York.

From Hitler to Russian spies: strangers are harder to understand than we think

During the course of our life, we come into constant contact with strangers: people we don't know, and who have totally different beliefs, perspectives, and backgrounds to our own. Every human being is different, and these differences can often lead to misunderstandings, which are capable of generating real communication disasters (amongst other things). To avoid these issues, society must be more accommodating towards this great variety, and we must each be willing to delve into how we approach strangers and try to make sense of them.

Certain patterns dictate our interactions with strangers, making our social interactions difficult to understand, let alone to predict. The author offers us two examples in which some people, who are thought to be experts in communication and diplomacy, fell into the trap of misunderstanding the stranger that they had in front of them.

The first example recounts a series of meetings between the British Prime Minister, Neville Chamberlain, and Hitler, in 1938. Hitler had announced that he wanted to invade an area of Czechoslovakia, and Chamberlain decided to meet with him to try and persuade him to avoid the outbreak of a global conflict. During the course of the various meetings, neither Chamberlain nor the other eminent English figures who were present, such as Lord Halifax, were able to decipher Hitler's true intentions, which were well concealed by his courteous, and apparently honest, behaviour.

The second example tells the story of Ana Montes, a DIA agent, and an expert on Cuba. It took several years before she was unmasked as one of the main Cuban spies in the United States, long avoiding suspicion due to her perfect career, her intelligence, and the fact that she was held in high esteem by everyone that knew her: the discovery came as a shock, and no one, not even her closest relatives or colleagues, had ever suspected a thing.

These, and other episodes from history, show us how, for us human beings, it is difficult to fully understand people we do not know: agents fail to unmask double agents, judges are unable to correctly read the defendants that they must condemn or acquit, and prime ministers don’t truly understand their opponents’ intentions.

In general, people have a hard time forming an accurate first impression of a stranger standing before them, and this struggle continues even after multiple encounters with the same person. In other words, it is extremely difficult for us human beings - perhaps even impossible - to understand people we do not know, never really being able to understand the meaning behind their behaviour and attitude. This poses a serious problem, since much of our society relies on interactions between strangers.

So why is it so difficult? One of the reasons could be our general belief that we know others better, not only than they know us, but also than they know themselves: it is as if we believe that we have information about others that they themselves do not have, but never the other way around. This often leads us to talk when it would be better to listen, and to be less patient than we should be, when others say they feel misunderstood or wrongly judged. Similar to the DIA agents and Chamberlain, we all think that we can see what is in someone's heart, simply by looking at the clues we have at our disposal, and from that premise, we cast our judgments. We would never do it with ourselves, and we don’t like it if others do it with us: we are complex, enigmatic, nuanced creatures ... The problem is that everyone else is exactly the same, and it is never easy to fully understand another person.

The key ideas of "Talking to Strangers"

From Hitler to Russian spies: strangers are harder to understand than we think

The first strategy for understanding strangers: “default to truth”

Default to truth: believing that people are honest is risky, but it is a necessary evil

The second strategy for understanding strangers: transparency (and the way it tricks us)

When a person’s soul and exterior do not match: the Amanda Knox case

The third strategy for understanding strangers: coupling (and how hard it is for us to comprehend)

Alcohol and sexual abuse: an example of coupling that should also be considered

The only secret to understanding strangers: be humble and recognise your limitations