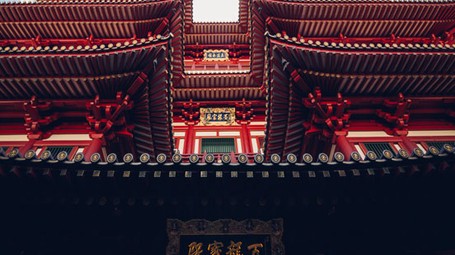 Lao Tzu, known by many names, including Laozi and Lao Tse, is one of the major Chinese philosophers, whose actual existence some people question, still today. According to common belief, however, Lao Tzu lived in the 6th century BC, and is considered the founder of Taoism. In the first century A.D. he became the chief deity of the Taoist religion.

In a few enlightening aphorisms, using the power of paradox, we can understand the origin of all things in the world; a mysterious and indefinable Tao, and of course, man himself

Lao Tzu's Tao Te Ching is one of the most translated, most read, and most loved books in the world. Like the Bible and the Koran, this sacred text that contains the principles of Taoism is not only appreciated by those who practice the faith, but by all those who seek inspiration and guidance to navigate the difficult journey we call Life.

The Tao is considered to be one of the most profound texts ever written, and is a short script of around five thousand Chinese characters in 81 brief chapters or sections. It has two parts, “The principles of the way”, and "The principles of virtue", and it is known to many Tao followers as a gift for humankind. In its few pages it is possible to find an answer to every one of life’s problems, a solution to every situation, a balm to heal every wound: in the Tao Te Ching, the ancient Chinese culture is summarised and elevated, offering a complete guide to the world and the ability to direct one's actions with virtue and wisdom.

According to tradition, Confucius's reflections - which would later produce the basis of Confucianism - also originated from comparison with and discussion of Lao Tzu's thoughts: the two masters met in Luoyang, when Confucius went to the Imperial Library of the Zhou dynasty, where Laozi worked as a state archivist. Confucius was said to have learned more by listening to Laozi than by studying the books of the great Library.

The title Tao Te Ching is not easy to translate, and Tao, although it does not have an exact equivalent, has been called “the way”. “Te” can be translated as “integrity” or “virtue”, while “Ching” translates as “Book”. Therefore, an elegant English translation of Tao Te Ching could be “The Way of Integrity”.

Many sources say that Laozi left his work as a librarian to pursue a solitary life, according to others he left (the traditional image of him shows him riding a water buffalo towards the East while crossing the state of Qin) due to his disappointment in the decline of the Zhou Dynasty: China was engaged in bloody combat during that time; in fact those years in history have become known as “the years of the Warring States”. Taoism teaches us to respond to abuse and injustice with non-action, translated as Wu Wei. Evil always ends up coming back to those who commit it, and victory can only be achieved by stopping the cycle of evil, by not perpetuating it.

In a few enlightening aphorisms, using the power of paradox, we can understand the origin of all things in the world; a mysterious and indefinable Tao, and of course, man himself

To understand and embrace the concepts expressed in the Tao Te Ching, we must move away from our usual way of thinking: Taoism is not a religion or a philosophy, nor is it a science, it is a set of principles that propose a specific way of life

When we live in harmony with the Tao, we let go of our desires and the need to fulfil them. Consequently, we do not try to impose our will. In fact, we do not "try" to do anything, much less understand, distinguish, or make choices

The Master does not "do" anything, because doing something means identifying a "something", that is, dividing it from the Whole. Doing nothing is not the same as not acting, the Master does not withdraw, he is fully engaged in this world

In unity with the Tao, we can rediscover the innate abilities that we have neglected, and build a life full of honour and peace, reclaiming the depth of our existence

Our way of life, a combination of work, commitments, and problems to be solved in ever greater numbers than the time we have available, leads us to perform many of our daily duties with our mind on something else: the practice of multi-tasking is also recognised as counterproductive to the state of Tao