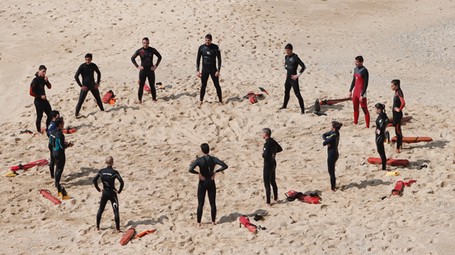 A former US Army general who retired after thirty years of honourable service, Stanley McChrystal has been a key figure in US missions including those in Iraq and Afghanistan, where he served as Commander General of the Army and Coalition forces. Today he divides his time between his leadership consultancy at the McChrystal Group, which he co-founded, and teaching at Yale University’s Jackson Institute for Global Affairs. He has written several books, including Team of Teams and the autobiographical memoir, My Share of The Task.

While studying China and the Middle East and institutional design at Yale University, Tantum Collins took General Stanley McChrystal's leadership course. After earning a bachelor's degree in Global Affairs, he is now studying for a PhD in International Relations and Politics at the University of Cambridge, UK, with particular focus on institutional global design. He is co-author of Team of Teams.

A graduate of the United States Naval Academy and a former US Navy Special Corps officer for twelve years, David Silverman is a highly decorated veteran with countless missions under his belt from all around the world; among these he has fought in Iraq, Afghanistan and Asia. Today he is co-founder of CrossLead, an initiative created with General Stanley McChrystal to facilitate the process of adaptation within organisations of all kinds and all sizes, and to achieve success even in the most complex of working environments.

A former US Navy Special Corps officer for over fifteen years and aide-de-camp for General Stanley McChrystal during his senior year at the head of Joint Special Operations Command, Chris Fussell is now a partner of the CrossLead group which deals with development, customer relations and marketing. A graduate with a master's degree in Unconventional Warfare, he is a senior fellow in naval security at New America, a group of experts dedicated to understanding future challenges for the United States.

The great lesson that the US military has learned from the war in Iraq started with big data and social media and ended with crashing the entire organisation and management of the world's civil and economic structures. During the mission in Iraq, which lasted from 2004 to 2009, it was in fact very clear from the beginning that the traditional military methods were not sufficient to secure victory in a modern battlefield. Extreme discipline and efficiency and the perfect hierarchical machine that have been the cornerstones and the pride of the US military for decades, clash with today’s very different dynamics created by the emergence of new media and communication channels: instead of enhancing military efficiency, social media video streaming, cross-border messaging, real-time monitoring, the sheer volatility and immediacy with which the information spread destabilized its very foundations and rules, initially turning them from complicated into over-complex, and finally causing them to collapse into chaos. The very same power that makes these new digital tools revolutionary, also undermines the foundations of society as we know it, making it impossible to predict every possible scenario, and therefore an approach based on compliance with perfect procedures and rules becomes ineffective.

The key ideas of "Team of Teams"

Adaptability is the key to success in complex situations

To stand a chance in an interconnected world, you need to go beyond the classic production line system

Lessons from The Marines and trust in the team

The biggest change is in the relationships between people