Home Society and Culture Ten Lessons for a Post-pandemic World 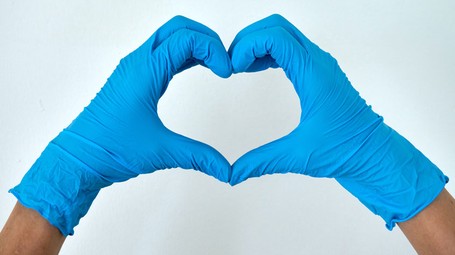 Fareed Zakaria is an Indian-American journalist. Having completed his BA in History at Yale, and PhD in Political Science at Harvard University, he began reporting on international politics, earning recognition as one of the ‘Top 10 Global Thinkers of the Last 10 Years’. Zakaria writes regularly for The Washington Post and also hosts a popular television programme for CNN called Fareed Zakaria GPS. He is the author of several successful books, such as The Future of Freedom (2003), The Post-American World (2008), and In Defense of a Liberal Education (2015). He has also won numerous awards, including The Arthur Ross Media Award, the Overseas Press Club Award, and the National Press Club’s Edwin Hood Award.

The pandemic took us all by surprise

None of us could have predicted the Covid pandemic, largely because previous health emergencies, such as avian flu, or SARS, had been relatively easily contained. The Covid-19 virus, on the other hand, took the entire world by surprise, because it spread to almost every country in the world, and in just a matter of weeks, forcing the governments of individual states to take drastic measures, such as closing their borders.

We live in a globalised world, and the daily trade that takes place between countries is an incredible achievement. In the old days, it used to take months to travel from one country to another, but cargo flights have reduced these travel times to just a few hours. Globalisation has brought countries closer together, shortened distances, and boosted trade. Our world is now connected by sea, land, and sky.

This ease of exchange, however, also promotes the transmission of viruses. Thanks to planes and other forms of transportation, Covid-19, was able to spread rapidly to every part of the world, and within a matter of weeks, nearly every country was initially forced to slow down, and ultimately to completely lock down. After all, shutting down was the only defence we had against the virus. Yet, nobody was prepared for the backlash that followed, when we suddenly found ourselves facing an entirely new set of problems.

Our forced isolation confined us to within our own borders, and brought a new awareness of the limits of this globalised world. It became clear that the world had built itself around a fragile system of mutual interdependence, and isolation from our neighbours forced us all to provide for our own needs. The whole world found itself fighting an invisible but powerful enemy, which was highly adaptable and therefore difficult to beat. The pandemic was something we had never seen before.

When the bubonic plague broke out in Central Asia around 1330, it took almost 10 years for it to spread to Europe. Throughout history, the same was also true of other viruses, which spread from one part of the world to another on ships that sailed the oceans. When the Spanish explorer, Cortés, landed in Mexico in 1519, he didn’t just bring weapons and ammunition with him; he also brought the smallpox virus. The immune system of the local people, however, had no defences against this new type of virus, which ended up exterminating a large part of the population. It is estimated that around 30% of the indigenous population died soon afterwards, but this number continued to rise to somewhere between 60% and 90% throughout the 16th century. In Peru, some 10 million people died after coming into contact with these new viruses, as their immune systems were powerless to fight them. In all cases, the effects of the viruses could still be seen years later.

An example of another major epidemic is the Spanish flu of 1928, which killed around 50 million people, about twice as many as died in World War I. The virus was known as the Spanish flu because Spain was neutral in the conflict, and therefore their news media covering the pandemic was extensive. So, it taught people about the measures introduced to curb the spread of the virus, which were similar to those recommended during Covid-19, such as social distancing, the use of masks, and frequent hand-washing.

The consequences of the Spanish flu at that time, however, were very different from the impact Covid has had on the world’s population today. It could be said that the Covid-19 pandemic is a perfect example of the butterfly effect, as it has had a huge impact, leaving no part of the globe untouched.

The key ideas of "Ten Lessons for a Post-pandemic World"

The pandemic took us all by surprise

The pandemic has left indelible marks, which can teach us important lessons

While outbreaks sometimes occur in nature, the spread of a pandemic should be manageable and avoidable

Another important post-Covid lesson proves that Aristotle’s theory was correct: we are social animals

Nothing is set in stone, so it is up to us to determine our future