Home Business and Strategy That Will Never Work 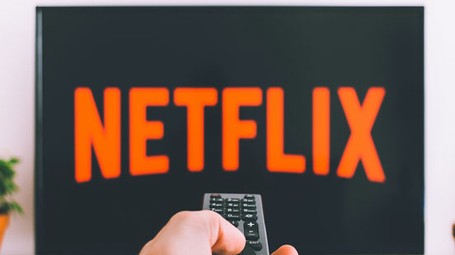 Mark Randolph is an entrepreneur in Silicon Valley and a consultant and investor, co-founder and the first CEO of Netflix. He has an entrepreneurial career that expands over 40 years, has founded several startups, is mentor to hundreds of young entrepreneurs and invests in many tech companies; recently he co-founded Looker. He speaks at industry events and is a board member of the environmental advocacy group 1% For The Planet and is the chairman of the board of trustees of the National Outdoor Leadership School.

Silicon Valley loves to tell stories of ideas that come about as if by magic in a moment of enlightenment. That’s just not how it works and Netflix is proof of that. The idea did not come all at once in a moment of divine inspiration, it did not just pop up ready-made, perfect and ready to roll out like a clear vision. The truth is that for every good idea there are at least a thousand that have no value at all and it is often difficult to distinguish between them, it takes time.

In 1997 Marc Randolph had just two things in mind: he wanted to start his own company and he wanted to sell something on the internet. It might seem strange that one of the biggest entertainment companies in the world is the fruit of such a train of thought, but that’s just how it went: the adventure began with the idea of selling personalised shampoo online and ends with the inception of Netflix! The extraordinary life of an idea is nothing more than a journey from a dream to reality. A dream that began with two friends in a car on their way to work bouncing ideas back and forth, loads of which were destined not to work, and ends up with the creation of a company that is floated on the stock exchange.

It is better to be cautious of those that talk about “enlightenment”: the best ideas don’t just come out of nowhere, they creep up slowly and gradually, over time. In fact it is often the case that you don’t realise just how good your idea is until a few months after it has knocked on the door of your imagination.

The key ideas of "That Will Never Work"

Great ideas flow on the drive to work

Use other people’s money: the mantra of every business

The launch of Netflix: an unexpected success that shorted the servers

Putting your ego aside for the good of the company

New ideas to test right away

The dot.com bubble and the price of success

The realisation of a dream: floating on the stock exchange