Home Motivation Growth and Wellbeing The Art of Asking

Learn the key ideas of the book by Amanda Palmer

The Art of Asking

Rock star, ex street artist, crowd-funding pioneer and TED speaker, Amanda Palmer has learnt a lot about the art of asking. For years, she worked as a human statue, staying still and waiting for passers- by to throw a dollar in the hat she had placed at her feet. When she became a singer, she built close relationships with her fans, who had always supported her by allowing her to sleep on their couches while she toured the world. When she dropped her record label and asked her fans to support her in making her album in-house, her crowd-funding project on Kickstarter was the most successful project in history. In The Art of Asking, Amanda tells her story and explores the obstacles we all face while learning to reach out to others and to ask for help. 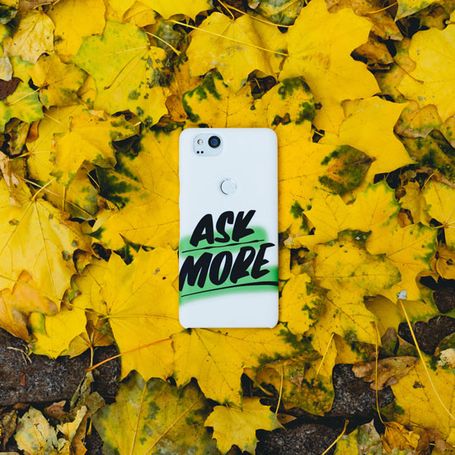 Amanda Palmer was born in New York in 1976. She is a singer/songwriter, pianist, performer, activist and blogger. She became world famous when she launched the duo The Dresden Dolls, later embarking on a solo career. In the years prior to devoting herself to music, she worked as a ‘human statue’ street artist in Boston. In 2012, she set up a crowd-fund to pay for the production of her album The Theatre is Evil. She raised 1.2 million dollars, a record in the history of the music industry. Following this success, she was asked, in 2013, to give a TED Talk. It was called The Art of Asking, and has had over 12 million views worldwide.

The art of asking, the successful ingredient that nobody talks about

Since she was little, Amanda Palmer felt sure about one thing in her future: she wanted to be a rockstar. Yet she was a late bloomer in the music industry: she founded her first band, The Dresden Dolls, when she was 25, and recorded her first album with a major record company at 28. Prior to that, she had already graduated, lived in Germany for a while and tried many different jobs, from the typical jobs like working in a café, to more risqué ways of earning a living, such as working as a stripper. The most bizarre of all her jobs lasted for around five years, when she was a street artist in Boston, in Harvard Square. She wore a wedding dress and became a ‘human statue’, a job which took her to several cities around the world. So, having spent years standing on a milk crate with a hat at her feet, waiting for passers-by to throw a coin in for a moment of human connection, Amanda learned a lot about the art of asking, a recurring theme throughout her whole life. The essence of almost all human contact lies in the art of asking, a constituent component of any relationship. Even if we don’t realise it, we all build and maintain our relationships by implicitly asking one another: will you help me? Can I trust you? Or are you going to screw me over? Above all, what we are asking is: do you love me?

As much as asking is a very important part of human existence, we all struggle to do it: what holds us back, is our fear of being vulnerable, of appearing weak and being rejected, or that we are not worthy of the help that we are asking for. The possibility that we may be told no, should be implicit in the act of asking: if we don’t give the other person the option to say no, we aren’t really asking them, more like begging and demanding. Anyone who is able to ask without shame does so from a position of cooperating with others, instead of putting themselves in competition with them. Asking for help with shame attached to it is the equivalent of begging and putting the other person in a position of power over us. Asking in a condescending manner, waiting for a yes, implies that we feel we are in a position of power over the other person. In fact, wherever there is a power-play, there cannot be a true exchange.

Asking for help with gratitude means recognising the power that two people have to help one another. The art of asking needs to be accompanied by gratitude and a spirit of collaboration. This is an art that can be learned, studied, and perfected, but it is based on improvisation, because there are no real rules to it. This is why her performances as a statue taught Amanda Palmer a lot: the relationship between a street artist and her public has a different set of rules compared to the one between a theatre performer and a paying audience. On the street, there is a higher factor of risk and trust: nobody buys a ticket, nobody willingly chooses to be there. Street artists either make it or fail, depending on their ability to put on a show and entertain the public in unexpected situations. As Brené Brown wrote in her book “Daring Greatly”, the idea that vulnerability means weakness, is a dangerous myth in modern society, because it makes us spend our lives pushing each other away to protect ourselves from ever feeling vulnerable, while also feeling contempt and dislike for anyone who is less able or less willing to hide their feelings. As a human statue, Amanda was incredibly vulnerable, but she was also able to build a sort of trust in her street audience, because she felt that those people would have instinctively protected her, and this open and radical trust in others made them become her allies. Asking is an act of faith, the real risk is that we might choose to disconnect or might be afraid of one another. Modern culture has instilled the idea in us that asking for help is the equivalent of admitting we have failed, but the truth is, that if we look at the most powerful and most admired people in the world, we can identify a common trait in each one of them: behind every great work of art, successful start-up and revolutionary change, there is always a story of exchange, both monetary and otherwise, and hidden patrons who have been explicitly and creatively asked for help and support. Every successful artist and entrepreneur in history has a mentor, a teacher, or a patron, who has lent them money, or other kinds of tangible and intangible resources. Even Steve Jobs had to ask his parents for help when he needed to use their garage in which he founded his little start-up!

The key ideas of "The Art of Asking"

The art of asking, the successful ingredient that nobody talks about

Don’t work to get everyone to like you, just your audience

“Get a job”: the imposter syndrome that afflicts all artists

When you don’t have the power of traditional media, you become your own media

Crowd-funding, the new digital patronage and the giving cycle

Cultivate your community: the secret of successful crowdfunding