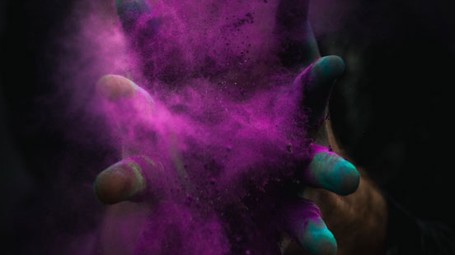 Artist and writer Rod Judkins has been painting since his college days, and has held numerous exhibitions of his work. He has taught creative methods and processes at some of the best universities in the world, including Central Saint Martins College, and works as an innovation consultant. In addition to Creative thinking, he has written several other books on creativity and its benefits for individuals and organisations: the most famous of these is Change your mind: 57 ways to unlock your creative self, published in 2018.

Do: the first step for a creative who wants to bring an idea to life

Creativity and creative thinking are almost always associated with artistic manifestations such as music or painting, and are seen by many people as something risky, because they cannot be controlled. In reality, creative thinking can be applied to any market sector and in any situation: it is not, in fact, a professional activity, but an attitude, a way of being, of thinking and relating to the rest of the world. Creativity touches and enriches every aspect of life. If we think of personalities of the calibre of Salvador Dalí this is obvious: not only did he paint, but he was a performing artist and a writer, as well as making movies and participating in a series of design exhibits - from jewellery to architecture - all of which earn him the  respect of a “Grand Artiste”. He even discovered and helped the career of inventor, Amanda Lear, who worked in a night club and called herself Peki d’Oslo. Following Dali’s advice and changing her name to Lear directly contributed to her success. We all possess an infinite number of creative abilities, and all we need to do is learn how to use them.

The key ideas of "The Art of Creative Thinking"

Do: the first step for a creative who wants to bring an idea to life

Feeling inadequate helps us to create: it is important to step out of your comfort zone

The cult of the creative genius started with Michelangelo, an artist whose journey would be impossible today

Rivalry can spark the creative mind and help it achieve success

Growing without aging, the secret to all creative minds

The objective of the creative mind is not to have objectives

To set creativity free, it is necessary to open the mind and work in an environment with no hierarchies

The creative mind is not a fan of luxury: freeing the physical space serves to work without interference

Transforming struggles into strengths and using your past experiences to help you improve: Frida Kahlo and Howard Schultz

Teaching is a great way to learn