Home Management and Leadership The Art of Gathering 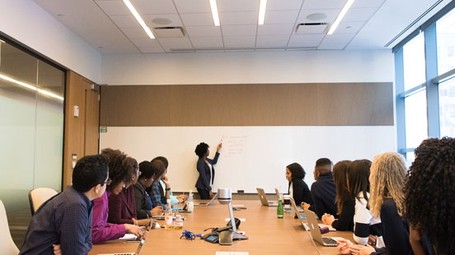 An expert facilitator and strategic advisor, Priya Parker is the founder of Thrive Labs, a one-stop-shop that helps officials, activists and corporate executives make the most of the events they organise or in which they take part. Her interest in encounters and human relationships originates from her studies in organisational design at M.I.T., and in Political and Social Thought at the University of Virginia, which then led to her gaining extensive experience in conflict resolution and peace process management, in the Middle East,  India and Africa. The Art of Gathering: How We Meet and Why It Matters is her first book.

Getting together is an activity that is often undervalued

Humans are social animals, and yet, if we look around us, our lack of satisfaction with the way we meet up with others is palpable. This was confirmed, for example, by an American study carried out in 2013, according to which 75% of the people interviewed were unhappy with their relationships with their friends. Another survey carried out by State of Enterprise Work in 2015 showed that the main obstacle to a productive working day for many employees was meetings, which they defined as a waste of time.

There seems to be a problem with our events, and yet, even though we are aware of it, nobody does anything to change things: day after day, we continue to plan dinners, meetings and organise our gatherings in the same way, focussing on the logistics instead of the purpose, people’s needs and their conversations.

The key ideas of "The Art of Gathering"

Getting together is an activity that is often undervalued

In order to be successful, every meeting should have a purpose

A successful gathering brings together authentic people and good controversy