Home Science and Technology The Art of Statistics

Learn the key ideas of the book by David Spiegelhalter

The Art of Statistics

Statistics is both a science and an art: getting to grips with the basics is essential to be able to accurately interpret the world around us that is frequently defined by numbers. Understanding the key errors when creating graphs, learning the difference between mean and median, knowing how to create a simple algorithm is all available to us in the practical part of The Art of Statistics, which leads the reader on a journey of discovery of the surprising, communicative value of numbers: when they are analysed correctly, they can help us to extract information that extends to everything and vice versa. 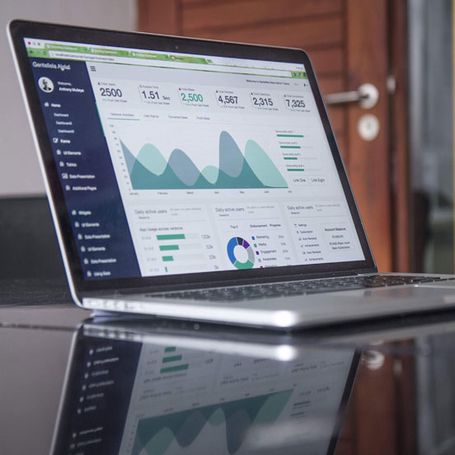 Sir David Spiegelhalter is one of the most respected statisticians and bio-statisticians in the UK. He is a multi-award winning academic and member of the Churchill College of Cambridge, and in 2017 he was elected president of the Royal Statistical Society. A professor at the University of Cambridge, he is a skilled communicator and starred in the BBC documentary The Science of Chance, dedicated to the application of probability in everyday life. Passionate about music, he plays in the Arco Iris Samba band.

From trees to assassins: using numbers to describe the world

The science of statistics allows us to transform the world into data, numbers and information which are easy to understand and communicate. In other words, it helps us to make better judgements about our reality.

Let’s take the story of Harold Shipman for example, the British doctor who killed 245 patients between 1975 and 1998.

The statistical approach to the Shipman case transformed a long list of personal tragedies into numbers and facts that can be collated and made into graphs. By looking at graphs we can understand a lot at a glance: for example, that Shipman killed more women than men, that their average age was from 70 to 90, that the victims almost always died in the early afternoon: the homicidal doctor used to visit his patients just after lunch, when he was more likely to find them alone.

We can use data to shed light on our world, but to get a reliable overall picture we need to exercise caution and precision. For example, to answer the question “How many trees are there on the planet?”, we first need to define exactly what a tree is.

According to the US Forest service, to be classed as a tree, a plant needs to have a diameter of at least 12.7 centimetres. Since it is not possible to go around the world measuring tree diameters, we need to use a more pragmatic approach: we take a series of areas with a common landscape known as a biome, and we count the average number of trees per square kilometre that we find in each biome. Then we use satellite images to estimate the total area covered by plants for each different type of biome and thanks to some complicated statistical models, we reach an estimate of 3.04 trillion trees, that is 3.040 followed by 9 zeros, trees on the plant. This is a really big number that can become twice as big: there are other authorities that say a diameter of 10cm is enough to qualify as a tree. It all depends on the definition you start with.

If it is so complicated when we analyse something physical such as a tree, imagine how easy it can be to make mistakes when the subject is less specific: the definition of unemployed in the UK has changed 31 times between 1979 and 1996, with just as many variations in terms of changes of statistical studies.

Even defining whether a person is dead or alive can be difficult: every American state has a different definition of death, even though in 1981 a federal document called the “Unified Act of Death” was introduced, which established norms for the declaration of death, it is still possible that someone declared dead in Alabama would not be declared as such in Florida, where the deed registered in Alabama is illegal because in Florida any death must be certified by two different doctors.

The key ideas of "The Art of Statistics"

From trees to assassins: using numbers to describe the world

Statistics is a Science lead by questions

Can we trust the wisdom of the crowd when it comes to numbers?

Mean, Median and Mode, the three ways to show averages

Some techniques to carry out reliable surveys

How are algorithms built: an experiment based on the sinking of the Titanic

The difference between probability and possibility