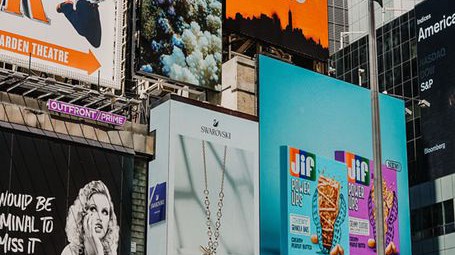 Timothy Shiou-Ming Wu, more commonly known as Tim Wu, is an American author and university professor in the Biden White House with responsibility for Technology and Competition Policy. After finishing law school at Harvard, Wu gained experience at the Department of Justice and the Supreme Court, and early on in his career, his interests led him to specialise in antitrust, copyright and telecommunications law. Today he is a professor of law at Columbia University and was named one of America's 100 Most Influential Lawyers. He has written several books, including The Attention Merchants, and was previously an opinion writer for The New York Times.

The Attention Merchants started with newspapers and promotional posters

In the beginning, there were newspapers: during the early decades of the nineteenth century, newspapers were a luxury that few people could afford, and in fact they mostly targeted businessmen and entrepreneurs. However, this is the very place where the phenomenon of attention merchants began: the first attention merchant in history was an American journalist called Benjamin Day, who, fed up with earning a low income, decided to open his own newspaper. The concept for Day’s newspaper, however, did not follow that of its much more well-established competitors on the market, its aim was pure and simple, to make money. Day had an inkling that by selling his newspaper at a more affordable price, he could sell more copies, increasing the number of readers, and by filling it with interesting news aimed at ordinary people, he could sell advertising space, and earn the main part of his profit from it. In short, he planned to get rich by selling the attention of a large audience. To do this, he began to distribute his newspaper at a much lower price than its production cost, and to cover crime and personal chronicles, such as suicides, deaths, and divorces. After his first few months of business, his model began to work, and it began to be profitable. In 1834, just a year after its launch, the New York Sun was the most widely read newspaper in the city, and had five thousand readers a day.

Given the success of the New York Sun, it wasn't long before other entrepreneurs began copying Day's format, and soon there was a real war to capture the attention of newspaper readers. As well as creating the first attention merchants, this war for followers involved two further developments: the first is that, thanks to mass access to news, a new phenomenon was created, namely public opinion; the other, is that to attract the attention of all social groups, the news began to be more and more scandalous and of increasingly low quality, even going so far as to openly print lies, which is where today’s fake news phenomenon originally began. One of the first pieces of fake news to be released dates back to the time when an article was published in the New York Sun announcing the discovery of life on the moon, which, according to the newspaper, was inhabited by unicorns and flying batmen.

A few decades after the first American attention merchants, the opportunities for exploiting mass attention also surfaced in Europe: during the second half of the nineteenth century, the first advertising posters began to appear on the walls of Paris. Although posters had been around for some time, this new wave of prints, invented by the artist Jules Chéret, had a completely different style: they were colourful, with eye-catching designs and promotional messages. Chéret's posters were so fascinating that they earned him the Legion of Honour (the famous prize instituted by Napoleon to recognise meritorious service to France by military members and civilians). However, in the same way as it went with newspapers, this successful style of posters was soon copied and multiplied, which led the inhabitants of Paris to request laws to limit advertising in the street.

The Parisian’s final wave of indignation about the posters is a common phase in the life cycle of attention merchants: a new medium appears on the market and strikes a balance between providing a public service and offering a promotional message, but soon the advertising message becomes overwhelming, at which point the audience begins to get tired, eventually getting irritated and even angry, turning against it, and ultimately forcing the attention merchants to change tactics. This is a cycle that repeats itself regularly, and one which often hits the media hard, when they inevitably go too far: when people are relentlessly exploited, they reach a saturation point, they rebel, and then they redeem their attention.

Following the initial attempts at limiting the extent to which the newspapers and posters could control public attention, and despite the public backlash, entrepreneurs realised the immense power that accessing the masses had in helping them stand out on the market. Advertising was soon invented in a format similar to the style we know today, and new roles were created: copywriters. Their job is to describe the values and characteristics of the products on offer in a way which is captivating and exciting. The first market linked to the success of advertising techniques was that of medical patents which, by their nature, made it possible to leverage one of the cornerstones of advertising: the promise to make the public's wishes come true. To these markets were added the tobacco industry, and many markets that targeted female audiences. It was not long before the interest shown by the public forced the hand of the attention merchants who, with the help of certain creatives, began to publicise secret ingredients and miraculous effects that had very little truth behind them, and which, after a while, led their audience to reject these companies and their claims and to no longer trust them. The most famous example of this is probably that of Lucky Strike cigarettes, promoted with the approval of doctors as products that help protect the throat and complement the female diet.

The key ideas of "The Attention Merchants"

The Attention Merchants started with newspapers and promotional posters

The computer is a device that initiated a check-in addiction