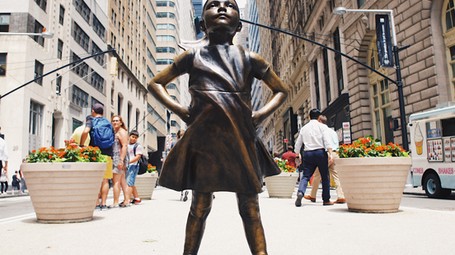 Michael Monroe Lewis was born in New Orleans in the United States of America, and attended Princeton University, where he graduated in Art History. After attending the London School of Economics, he began his career on Wall Street in the 1980s as a bonds salesman at Salomon Brothers. In his thirties, he became one of America’s best-known authors and financial journalists. He has also been writing for Vanity Fair since 2009, specialising in business, finance, and economics. He is especially well-known for his non-fiction work and reporting on financial crises and behavioural finance.

The mortgage bond market in the United States: greed and mortgages granted to everyone

The mortgage bond market was born in the United States in the late 1980s. Wall Street began to get busy in a new sector, that of the debts incurred by ordinary American citizens. Originally, these mortgage bonds are quite safe, as they are backed by debts that affect the most creditworthy 50% of the population. Subsequently, the mortgage market expands and also takes ‘less-qualified’ citizens into consideration; so the bonds begin to consist of “subprime mortgages”, i.e.: mortgages granted to people with a high risk of insolvency. A mortgage bond consists of thousands of private residential mortgages, grouped into a single portfolio. The mortgage bond is used to grant loans that do not have the necessary requirements to be guaranteed by the state, all with the aim of extending credit to more and more people, and being able to expand the market for derivative financial products.

Steve Eisman works for Oppenheimer and soon establishes himself as one of the few analysts able to stir the markets with his original way of looking at things. He is not a very nice character; he defines himself as a "genuinely rude" person and is a rather extravagant individual, who enters the equally bizarre world of Wall Street. He enters the bond market and immediately senses that something is wrong. With the help of his assistant, who deals with the accounting, he undertakes to carry out analyses with the aim of turning the whole mortgage sector upside down. He closely studies the data on subprime mortgages and discovers that these mortgages become securities that can be traded on the markets, or bonds guaranteed by mortgages; the companies that manage them, declare increasingly higher profits, but avoid declaring the high rate of insolvency upstream. When Eisman asks for data on this, it is not provided, as though it were irrelevant. What he eventually discovers is alarming: companies specialising in subprime mortgages are growing very rapidly, applying nonsense accounting rules, which not only cover up for the fact that they have no profits, but show fictitious profits, artfully made by means of "creative" accounting.

He wrote a report that he published in 1997 in which he demolished subprime mortgage companies, wreaking havoc in the midst of what appears to be the great US economic boom. One would expect the market to understand the lesson and therefore stop lending mortgages to those unable to repay them, but the rest of the story shows that the lesson was not heeded in the slightest.

The key ideas of "The Big Short"

The mortgage bond market in the United States: greed and mortgages granted to everyone

They decide to bet against the whole system that supports them

Two important mental attitudes in the world of finance: wanting to understand what is really happening and rejecting widespread opinions

The obscurity and complexity of the bond market are intentional: people’s lack of understanding can help leverage ignorance and fear

A tug-of-war: While the world of finance pulls on one side, few people pull on the other