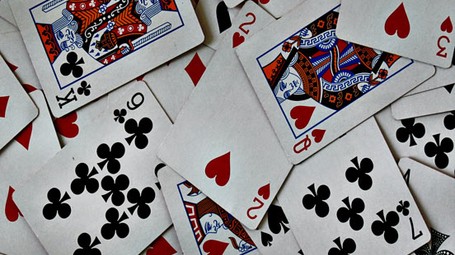 Maria Konnikova is a Russian-American writer with a Ph.D. in psychology from Columbia University in the United States. She has worked as a television producer, and has written for many magazines, as well as contributing to numerous online publications. She has written two best-selling books over the course of her career that reached the top of The New York Times bestsellers charts in America. She mainly writes about topics related to psychology and its applications in everyday life.

2015 was a year marked by a series of events for the author, all tragic in their own way, and all leading her to begin asking certain questions, over and over again: what do we really have control over in life? What, on the other hand, can we not control at all? How can we make the best of the cards we are dealt, without being influenced by external factors that we have no say in? The answers to these questions could prove more useful than ever in a volatile world like today’s, where everything changes all the time, and lack of certainty is becoming an increasingly significant part of our daily lives.

To dive deeper for a better understanding of how luck, chance, and our decisions coincide to produce certain results in an uncertain and ever-changing world, the psychologist Maria Konnikova decided to take a journey into the heart of the Poker world, playing high-level tournaments, as well as discovering numerous lessons in poker that had real-life relevance. This book tells the story of her experiences, as she took her seat at one green felt table after another, and shares the life-lessons she learned along the way.

She started out by playing a few games for a few dollars, only to finish the following year playing the World Championship of Poker in Las Vegas. To accompany her along the way, the author enlisted none other than Erik Seidel, one of the most experienced and successful players in the history of Poker. Until then, the writer had never played a game of poker in her entire life. Erik was to be her coach, dispensing invaluable pearls of wisdom and providing important lessons on the world of poker, which Konnikova would ultimately adapt and apply to her daily life as well.

So, why did a psychologist of her calibre decide to seek answers to these existential questions in the game of poker? For some, it might seem strange and unlikely that a card game, considered by most to be a mere game of chance, could teach us anything about life. Yet, as we shall see in a moment, this is precisely what it did.

The key ideas of "The Biggest Bluff"

The game of poker inspired the very famous Theory of Games formulated by John Von Neumann, one of the most brilliant mathematicians of the twentieth century

Poker as an analogy of everyday life: this card game can teach us excellent life lessons

Losing, making mistakes, having patience, and perseverance: the four pillars to learning anything (and winning)

Playing poker passively is like living life passively: when all is said and done, you end up losing