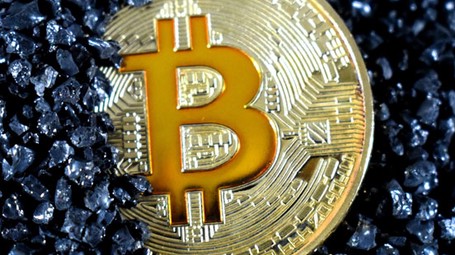 Saifedean Ammous is currently an Associate Professor of Economics at the Lebanese American University. His studies and research interests in economics range from monetary, political, environmental as well as energy. Ammous has a bachelor's degree in Mechanical Engineering from the Lebanese American University, a master's degree in Managerial Development from the London School of Economics, two master's degrees in the Philosophy and Art of Sustainable Development from Columbia University, and a PhD in Sustainable Development, also from Columbia University.

Money, in all its forms and variants, has always had two main functions: to be a store of value, and to represent the material unit of reference for the exchange of products and services

In everyday language, the word 'money' is commonly used to describe the currencies we all spend in our daily lives. In a broader sense, however, the term can also refer to any asset that is used as a means of storing value and exchanging products and services.

Money as we know it is currently the fundamental unit of measure, which is used as a store of value and as a universal commodity to exchange products and services on the market. This was not always the case, however, and other commodities, such as gold or pearls, were used instead. Today, we may be facing a new paradigm shift, as blockchain and Bitcoin are becoming potential alternatives to central banks and classic cash, which are used as a commodity of exchange.

Bitcoin is becoming increasingly well-known, but most people do not really understand what it is, they are not aware of its advantages, and understand neither its potential, nor its shortcomings. In his book, The Bitcoin Standard, Saifedean Ammous analyses the arrival of Bitcoin and explains the entire process of evolution of the various forms of money, which have been used as commodities of exchange and store of value throughout history. In order to fully understand the current situation, we must first learn more about the past, and how we got to where we are today.

This book is a journey through the centuries to discover the evolution of ‘money’, and the roles its various forms have played over time, moving on to explain why Bitcoin is so popular, and the problems it aims to solve.

The key ideas of "The Bitcoin Standard "

Money, in all its forms and variants, has always had two main functions: to be a store of value, and to represent the material unit of reference for the exchange of products and services

The Rai stones were an important early form of ‘money’

Gold was a vital form of money for several centuries, but was then replaced by simple ‘pieces of paper’

The Gold Standard was replaced first by legal tender, then by the Gold Exchange Standard, but they too failed, and were replaced by the Floating System

History shows that systems with unstable money, and which are artificially influenced by governments and speculation, eventually lead to economic crisis. Conversely, ‘sound money’ creates conditions that create longer term stability for the economy

There are limited quantities of Bitcoin, which is extremely secure, thanks to the blockchain. Despite its issues, it therefore has the potential to become the new global ‘sound money’

Bitcoin, however, is not without its problems, and its future remains uncertain