Home Health and Nutrition The Body 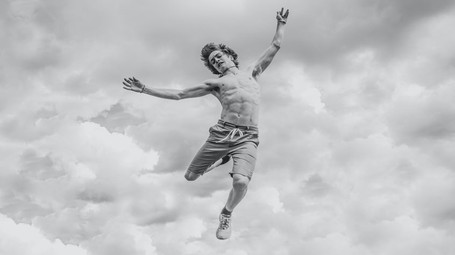 Bill Bryson was born and currently lives in the United States of America, but for many years he also lived in England, where he worked as a journalist and author. He wrote for several newspapers, and then left journalism to focus on writing books. He has also been chancellor of the University of Durham. Among Bryson’s most famous books are A Brief History of (Almost) Everything, which earned him huge praise for the way he was able to simplify science and break it down into easy language. He also wrote A Walk in the Woods, which was made into a film starring Robert Redford.

Although we have all the necessary ingredients, we are still not able to recreate life

Skin, brain, eyes, nose, mouth and throat, heart and blood, skeleton, lungs, the digestive system...the human body is a collection of organs and systems, which work together and make life possible. The most fundamental unit of the body is the cell, which we are able to observe and study, but not replicate. Although all the ‘ingredients’ to build a human being can be found relatively easily, we are still not able to recreate the miracle of life. Several experiments have attempted to calculate how much it would cost to create a body: the Royal Society of Chemistry, for example, estimated in 2013 that it would cost just under one hundred thousand pounds to recreate a human being using the actor Benedict Cumberbatch as a model. Just one year earlier, on an American television programme, this figure was estimated to be $168. Overlooking this astounding difference between these two estimates for a moment, the elements needed to create a human being, such as hydrogen, oxygen, nitrogen, carbon, selenium, and so on, are readily accessible; the difficult thing is understanding how to transform them into a living being that contains seven billion billion billion atoms.

Everything about the human body is controlled by DNA, which contains the genetic instructions that determine our physical appearance, and creates the proteins needed for each process. Its job is to duplicate itself to produce more DNA and pass on information from generation to generation: the chain of DNA in those of us alive today has never been broken since the appearance of humans some three billion years ago. DNA is imperceptible in size, but if we were to stretch out the entire length contained in each cell of the human body, it would cover the distance from Earth to the planet Pluto.

The key ideas of "The Body"

Although we have all the necessary ingredients, we are still not able to recreate life

Contain and protect: the skin is a barrier that isolates us from the outside world

Microbes allow us to live, but some of them are harmful or even lethal

The brain is the centre of thought and consciousness, but it is also the organ that controls life in our bodies

The heart is the body's pump, but our lifestyle greatly affects its health

Repairing the heart: the invention of bypasses and advances in transplants

The skeleton allows us to move, but we need to exercise, in order to stay healthy

Eating is a declaration of love to our bodies, and helps us stay healthy

Coming into the world: conception and the birth of a new human being