Home Health and Nutrition The Body Keeps the Score 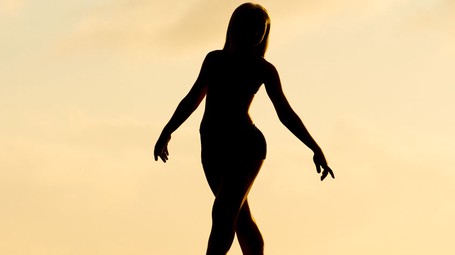 Psychiatrist, author and lecturer, Dr Bessel van der Kolk has dedicated his career to the study of post-traumatic stress disorder. Born in the Netherlands, he was educated in the United States, and currently works in Boston. In 1984, he founded the first American clinical and research centre dedicated to the treatment of post-traumatic stress. He has written various publications and scientific articles on the impact of trauma on human development: putting his research into practice, he has treated people with problems of dissociation, borderline personalities and people who self-harm. He is also a professor of psychiatry at Boston University School of Medicine.

Many people have suffered varying degrees of trauma, and, despite all efforts to bury it in the past, it leaves marks on our body and soul

The statistics speak for themselves: a high percentage of people, the world over, have suffered from some kind of trauma during their life. In the United States, for example, it is estimated that one in four children have been the victim of severe violence at the hands of one of their parents. In fact, trauma does not only refer to extreme events, such as wars or natural disasters; it can also take place in apparently peaceful circumstances, such as in the family and at school. Thus it is very probable that we know someone who has suffered trauma: acquaintances, friends, relatives, and even ourselves.

The pain caused by first-hand experience of one or more traumatic episodes is often unbearable. This is why there is a general tendency to try to repress the event, remove it, or act as if it never happened. People who experience such traumatic events, however, are inevitably changed by it. Effectively, trauma creates substantial changes to the brain and generates unpleasant, disturbing, and sometimes violent emotions and physical sensations. In short, the traces of trauma do not disappear, but continue to manifest themselves over time, and with particular intensity.

In his early years of treating patients, the author noticed this trend during talks with Vietnam War veterans. These were people who tried, in vain, to rebuild their life, after having witnessed harrowing scenes and performed unspeakable acts. Meanwhile, the ghosts of the War continued to haunt them, making normal life impossible. The book presents the case of Tom, a brilliant lawyer and father of two, who had witnessed terrible atrocities during combat. Behind his new perfect image of a devoted husband and model citizen, Tom hid an abyss of pain that he tried to keep at bay by drinking alcohol and speeding around on his motorbike. Tom, like so many others, was left with tangible wounds caused by the trauma he had suffered, trauma which had left deep scars, despite his desperate attempts to ignore them.

The key ideas of "The Body Keeps the Score"

Many people have suffered varying degrees of trauma, and, despite all efforts to bury it in the past, it leaves marks on our body and soul

People who have been traumatised live in a state of constant panic, and lack the ability to clearly assess external danger

The memory of someone who has experienced a traumatic event is not linear, but fragmented and confused

In order to heal, the person must re-establish contact with themselves, and recognise the scars that the pain has left on their body and in their spirit

For anyone who experiences any kind of traumatic event, it is important to find comfort in other people, and build a solid network of relationships

Even if it is painful and difficult, we must learn to put our internal trauma into words

If you seek to overcome great pain, you cannot ignore the signals the body sends you