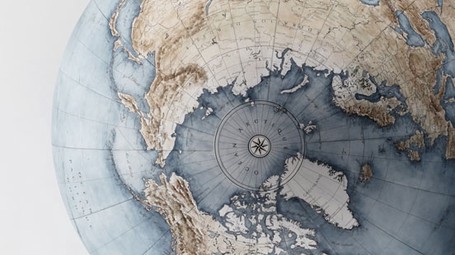 Ray Dalio is an American investor and philanthropist. He is the founder of Bridgewater Associates, one of the world's largest hedge funds, listed by Forbes as one of the top 50 private companies in the United States. Ray Dalio grew up in a Long Island neighborhood, the son of a jazz musician and a housewife. When he was still very young, Dalio worked as a golf caddie, from where he collected suggestions to start his business. In 1975, after earning an MBA from Harvard Business School, he launched Bridgewater Associates from his apartment in New York City. CIO magazine defines him as "the Steve Jobs of investments".

The history of humanity is made up of a series of long cycles in which we witness the growth and then the decline of a certain world order. The term order refers to a system of government capable of regulating relations between individuals. There is an internal order, given by governments and based on specific documents, such as the constitution, and an external order, capable of mediating relations between the governments of different countries, and that is based on treaties. These macro cycles last about 250 years, and within them are a set of shorter cycles (called internal cycles) which are generally linked to the power system of individual states or to specific aspects of our society as a whole. For example, the internal cycles of a power system last approximately 100 years, then there are cycles concerning financial debt or periods of recession within long periods of expansion. Between one external cycle and another about 20 years go by, a transition period that usually involves great global conflicts from which a new world order will then be born and, therefore, a new cycle will begin.

Nowadays people live an average of 80 years, and therefore cannot experience everything that happens in a complete cycle first-hand. So when something happens that they have never seen before in their lives, such as a major global financial crisis, a pandemic, or a war in a country where they were not expecting to see one, people tend to feel unprepared. Looking back over our history is the only way to prevent these events from leaving us in complete shock, because analysing something that has already happened allows us to understand the cause-effect relationships at the heart of a pattern that has been repeating itself since the beginning of human civilization.

No world order lasts forever - not even the current one - and, given that the transition from a period of peace to a period of war or vice versa is something that takes place over a very long time, it is likely that our future will be decidedly different from what most people expect. For example, people who went through the Great Depression and World War II did not expect the economic boom of the 1950s and 1960s; in the same way, those who have experienced the recent financial bubble do not in the least expect to go through a period of depression or war in their lifetime.

The key ideas of "The Changing World Order"

Every cycle, whether internal or external, follows a predefined path from prosperity to decline

To better understand how these cycles work, we can take a closer look at the cause-effect relationship that determines the passage from order to chaos and vice versa

The downside is that this period of productivity and wellbeing triggers a series of excesses whose negative side-effects come to light, sooner or later

The decline stage begins, and this gentle downturn rapidly becomes an avalanche