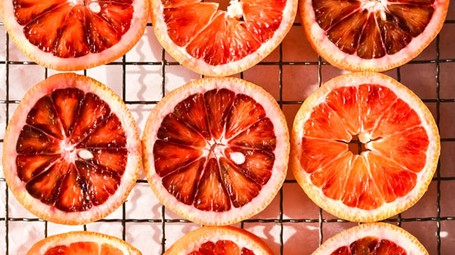 A leading expert in the field of biochemistry, Dr T. Colin Campbell grew up as the son of a farmer in the countryside of Northern Virginia, and began studying pre-veterinary medicine and animal nutrition at Pennsylvania State University. During his studies, Dr Campbell discovered evidence for the link between the consumption of animal protein and the development of cancer and heart disease, and he devoted the rest of his career to studying the effects of nutrition on human health, with particular focus on the American diet, which contains large quantities of animal-based foods. He has devoted his career to academic and scientific research into nutrition and health, and is currently enjoying a peaceful and healthy old age, free from chronic ailments.

Medical doctor, researcher and author, Thomas M. Campbell is a Cornell University graduate. He is currently the director of the T. Colin Campbell Center for Nutrition Studies, a non-profit organisation that promotes better nutrition through science-based education, advocacy and research. When his father decided to write this book, he helped him organise and transform his life’s work into a comprehensive narrative that was easily accessible to readers. Thomas M. Campbell grew up on a diet based on the food choices studied by his father.

The importance given in the western diet to meat protein is unsubstantiated, and predominantly based on cultural prejudice and scientific conjecture

While studying pre-veterinary medicine at Pennsylvania State University, Dr Campbell became interested in animal nutrition, and wanted to explore the possibility of increasing protein consumption in farm animals as a means to increase their production, which led him to discover that many of the theories that exist still today regarding animal protein are merely conjecture.

We know that the three macronutrients that humans need to live are carbohydrates, fats and proteins, yet, when it comes to protein, we tend to think only about meat. This is because meat is the only food made up entirely of protein (as well as fat, a small quantity of water, and very little other macronutrients). This explains the common belief that meat is the best source of protein.

Over the last few centuries, cultural prejudice has linked the consumption of plant foods to the lower classes, and a belief that the upper classes were the only ones who could afford meat and dairy products. This also led to the firm belief that the biggest food problem in third world countries was known as the protein gap, or a lack of protein in the diet, caused by a lack of access to meat, which was believed to be responsible for malnutrition in these countries, when the real problem was lack of variety in the diet.

These cultural prejudices were then accompanied by another prejudice based on scientific fact: to replenish protein in the body, human beings need 8 essential amino acids, which are all found in meat; this information confirmed the belief that eating meat was the quickest way for us to get the nutrients we need. This is how the status of meat was established as a higher quality source of protein than vegetables. The thing is, the efficacy and speed of protein absorption does not necessarily equate to better health. This is primarily because vegetables, as a whole, contain all the essential amino acids and nutrients that are not found in meat. The China Study also reveals many other reasons why animal products and health are terms that really should not go hand in hand.

The key ideas of "The China Study"

The importance given in the western diet to meat protein is unsubstantiated, and predominantly based on cultural prejudice and scientific conjecture

The China Study was the result of over 20 years of research, and is the culmination of several scientific partnerships spearheaded by Professor Campbell

There is a great deal of misinformation surrounding the nutritive properties of fibre, carbohydrates and protein, which is diffused by the media, and often lacking any scientific basis

The close link between nutrition and heart disease has long been known, yet it is still hard to question the status quo

Other cancers, auto-immune diseases, and other various diseases are also related to an animal-based diet

Dr Campbell’s message, the focus of his entire career, can be summed up in eight principles

The status quo is difficult to change, and depends on many interconnected cultural factors and vested interests that all intertwine with nutrition

The China Study provides a broad, scientifically proven answer of what would be the best diet for human health, but this diet is still barely accepted in contemporary Western society

Scientific reductionism is a widespread evil, and its influence on correct dietary information is highly nefarious