Home Society and Culture The Code of Capital 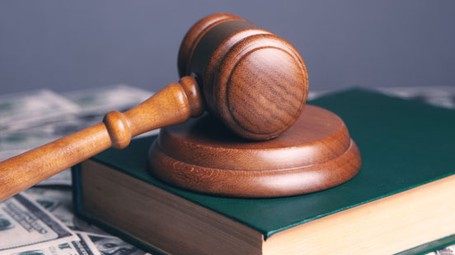 Katharina Pistor is an expert in corporate governance, finance, and money. She teaches at Columbia Law School, having also held positions at Harvard Law School, Harvard University Kennedy School of Government, and the Max Planck Institute for Foreign and International Law in Hamburg. In 2012, she received the Allen & Overy Prize, together with Martin Hellwig, for the best working paper on European Corporate Governance Institute law, and she has been a member of the Berlin-Brandenburg Academy of Sciences since 2015. She is the author and co-author of nine books.

Certain choices that have been made since the 1980s have led to levels of inequality such as have not been seen since before the French Revolution. This increase in global inequality has affected our society, politics, and economy, but it has also prompted experts to wonder what exactly happened, and why. Depending on the approach, each school of thought has highlighted certain issues over others, but Katharina Pistor puts forward another point of view, which has not been fully explored until now. According to the author, capital is generated and accumulated for a very specific reason, namely because there are laws that allow it. This legal coding gives asset owners the chance to increase their own wealth, while also ensuring that this process is sustainable over time. In some cases, the mechanism is never-ending, which puts certain groups of people in an extremely privileged position, especially when compared to others.

Pistor states, therefore, that capital is provided by an asset and legal code: any type of goods or assets, be it a product, service, or a new drug, can be transformed into capital. This happens when there is a legal code that allows it, which means that a certain law guarantees that the asset will be able to produce wealth in the future for those who own it. Today, much more than in the past, many assets produce wealth exclusively through the intervention of the law, such as is the case with computer programs, financial tools, or intellectual property.

The key ideas of "The Code of Capital"

The government has a duty to protect property owners, but this does not always happen: the case of the Maya in Belize

Capital is created with land, and continues with debt

Trust is a legal instrument used to protect capital from creditors

Capital is regulated by the rules of private law

The role of the state and institutions in capital coding

Digital coding and the future of capital