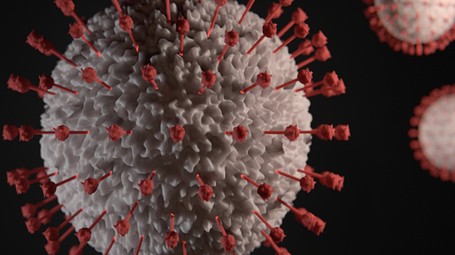 Laurie Garret is a famous American scientific journalist and writer. She has always been interested in microbiology, and has followed the development of major epidemics for several top news outlets such as Newsday, The Washington Post Magazine and the Los Angeles Times. She won the Pulitzer Prize in 1996 for her thorough scientific dissemination work, in particular for a series of articles on the Ebola epidemic in Zaire. Still today, Laurie Garrett is a point of reference and an authoritative source of information in her field. She is a member of the World Economic Forum Global Health Security Advisory Board.

The real enemies are microorganisms like viruses and bacteria

Viruses, like bacteria or fungi, are part of our world. They are microorganisms that live according to their own ecosystem. There is a difference between viruses and bacteria. Viruses are extremely small and can only be seen under a microscope. Bacteria, on the other hand, are larger. Both have been, and still are, a threat to mankind.

Among the bacteria that we know are, for example, staphylococci and streptococci, for which a cure was found in 1928 with Alexander Fleming’s penicillin. Also known as the miracle medicine, penicillin has been in hospital care protocols since 1944. Today, bacteria are treated with antibiotics, whereas viruses cannot be killed by antibiotics. Viruses include all those microorganisms such as the Herpes Zoster virus, the Ebola virus or HIV. Viruses often remain in the body for years, hide or ally themselves with the cells of the immune system, and they can manifest again even after some time.

Just as humans evolve, microorganisms also mutate and adapt to the conditions in which they find themselves. That is why nothing can defeat viruses, even in the future. They are man’s true enemies. They did not disappear when man invented vaccines, medicine or antibiotics. They have resisted by adapting, and they will not leave just because man has decided that they are no longer required. Indeed, the challenge for man continues, as viruses will continue to exist and as new viruses will develop.

The key ideas of "The Coming Plague"

The real enemies are microorganisms like viruses and bacteria

The problem arises when viruses spread from animals to humans

The first studies on viruses. The Colombian Machupo virus case

Defeating a new virus can be an enormous challenge

How a virus works in the human body

Man is responsible for the spread of new epidemics