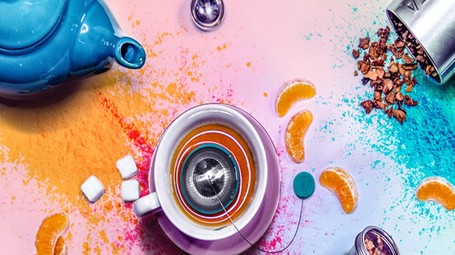 Allen Gannett is the founder and CEO of TrackMaven, a data analysis and marketing platform, used by multinationals such as General Electric, Microsoft, and Marriott. He works with Fast Company, writing articles on the connection between science and art in the digital era. He is a tech investor and was co-founder of Acceleprise Ventures, a startup accelerator.

People tend to imagine that a creative person is a solitary, neurotic genius, gifted with an innate talent. They think that this gifted person is hit by a “stroke of genius” and success flows effortlessly as a natural consequence, without much effort at all.

The roots for the myth of the creative genius, who was born talented, crazy and anything but ordinary, originated in Ancient Greece, where artists were thought to be inspired directly by the gods.

In the Middle Ages on the other hand, artists were considered to be simply imitators who “copied” that which had already been created by God: they were good craftsmen, but there was no divine connection. In the social hierarchy, artists were one step below merchants, and just one step above slaves. There was no such thing as a “famous artist”, so much so that many works from this time were not even signed, because artists belonged to medieval art guilds, in which the individual artist was seen as unimportant. Art at that time was created in workshops, and was not original but followed the many guidelines that governed art at the time.

With the subsequent increase in trade, the art market also began to flourish. Owning works of art and opulent mansions became a way to show off one’s wealth and this had two significant consequences for artists. The first of these is that artists began to feel more important and were elevated to a higher social rank; the second consequence was that this general desire for art led directly to the birth of the Italian Renaissance, which soon shaped the image of the artist as an individual.

Artists such as Michelangelo and Leonardo da Vinci became famous, almost heroic characters. With the Renaissance, artists became creative geniuses, more like Gods than mere mortals. From that moment on, the power of creation was no longer reserved only for God, but also for artists, and the philosophers of the period identified a link between creativity and intelligence.

The idea began to spread that artists possessed extraordinary intelligence and academies were created, instead of workshops, where creative geniuses could hone their skills.

Jumping forward in time to the 1800’s, in the era of Romanticism, the image of the creative genius changed again: the Romantics thought that genius was linked to madness.

The idea of the mad genius continued into the Victorian era and towards the end of the nineteenth century, books spread that used science to confirm a connection between genius and madness. Thus the concept of genius as an innate characteristic, linked to madness, and therefore considered to be negative, was formed in the collective imagination.

The key ideas of "The Creative Curve"

Creativity is the ability to do something innovative and valuable, a skill that can be learned and mastered with practice

Imitation reminds us that the success of a new idea is based on repetition of an existing model, with added original elements

Creative communities are essential because creating is a team sport