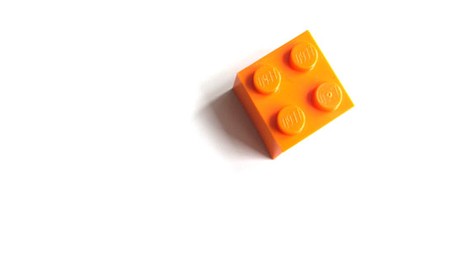 Daniel Coyle is a New York Times bestselling author. His books include The Talent Code, The Little Book of Talent, The Secret Race (co-written with Tyler Hamilton), and Hardball: A Season in Projects. In addition to being an author, Coyle works as a consultant for the Cleveland Indians, and as an editor for Outside Magazine. In 2012, he and Tyler Hamilton won the William Hill Sports Book of the Year award. Coyle spends most of the year in Cleveland, Ohio, where he lives with his family.

The quality of the individual parts of a group are not what ensures its success: what matters is how the different parts work together

In an attempt to understand why certain groups outperform the sum of their parts, meaning the skills that each member brings, Peter Skillman decided to hold a competition. Two groups were asked to build as tall a tower as possible, using spaghetti, duct tape, and string, with a marshmallow to top it all off. The group that managed to build the tallest structure would be declared the winner. One group was composed of four business school students, and the other, four kindergarten children.

The experiment was repeated dozens of times, with different participants, but the group of infants always won, constructing towers approximately sixty centimetres high on average, while the business school student average tower came out at less than twenty-five centimetres. The reason for this can be found by observing their behaviour, as it became clear that the students lost sight of their goal, instead focusing all of their energy on deciding who should do what, while the children acted as a single organism, standing shoulder to shoulder, and helping each other.

Group culture - namely, the set of beliefs and behaviours that distinguish one group of people from another - is a powerful force that can lead to the success, or failure, of an organisation. According to a Harvard University study, the presence of a strong group culture is capable of increasing a company's net profit by 765% over ten years. When it comes to group culture, the following examples often come to mind: Google, Pixar, Disney, and the Navy SEALs. Each of these groups is distinguished from the others by a specific and distinctive trait, as if it were an inherent part of each member’s DNA.

When approached from this perspective, group culture seems like some kind of divine gift: the lucky few have it, others don't. But this is not the case: each group can create its own culture, using a precise set of skills that can be easily learned.

There are three universal rules that can generate cohesion and cooperation within a group, and make it a successful team. The first is to increase the sense of safety among members of the group. The second is to learn that team members should not hide their weaknesses, but rather share this sense of vulnerability with other members in order to improve together. The third is to establish a shared purpose through the creation of an identity narrative, capable of guiding the group towards achieving the common goal.

The key ideas of "The Culture Code"

The quality of the individual parts of a group are not what ensures its success: what matters is how the different parts work together

Group culture is founded on a sense of safety

One of the factors that increase a person's sense of safety is the knowledge that they are part of something bigger, and that the group is counting on them

The ability to recognise a pattern, react quickly, and send the right signal, at the right time, is the basis for creating this sense of belonging and safety

Making a habit of sharing your weaknesses is like training a muscle: it takes time, repetition, effort, and even a little bit of pain

Through storytelling, a successful group reminds its members where they come from, and what their shared goals are