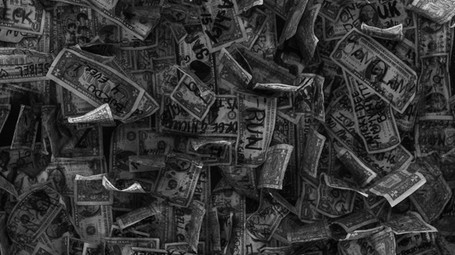 Stephanie Kelton is a leading exponent of Modern Monetary Theory (MMT). She teaches Economics and Public Policy at the State University of New York at Stony Brook, founded the famous blog New Economic Perspectives and is a member of TopWonks, a network of top American thinkers. She was chief economist of the US Senate Budget Committee for the Democratic Party, and an advisor to Bernie Sanders' presidential campaign in 2016. In the same year, Politico included her among the fifty people who most influenced the US political debate, while Bloomberg named her one of the 50 people who defined 2019. Her articles have appeared in the New York Times, Washington Post, Los Angeles Times and Bloomberg.

There are more ways than we might think to increase public well-being, but in order to do so, we need to look beyond the limits that have held states back for a long time: this is what Modern Monetary Theory (MMT) does, a macroeconomic school of thought of post-Keynesian tradition.

According to the MMT, instead of focusing on self-imposed budget constraints, the state should use inflation and real resource limits as a measure of public spending. Rather than chasing the misleading goal of a balanced budget, it should pursue the promise of leveraging public money to balance the economy so that prosperity is shared and not concentrated in ever fewer hands. The MMT arguments apply to any monetary sovereign state, that is, to countries such as the United States, the United Kingdom, Japan, Australia or Canada, where the government is the monopoly issuer of a "fiat currency", which is an inconvertible paper currency. The MMT reverses the way we view politics and the economy by showing that in almost all cases, budget deficits are positive and necessary for the economy.

According to the conventional economic view, the government has no money of its own and this puts the taxpayer at the centre of the monetary universe, since the only money available to finance the government must come from the people. MMT radically changes this assumption by recognising that the government, not the taxpayer, is the issuer of currency, which finances all expenses. Basically: taxes don't pay for what the government spends. In fact, according to the MMT, there is no real limit to the ability of the US government - or any other sovereign monetary state - to finance expenses, since it can create the money itself. A state that issues its own currency has no budgetary financial constraints. However, this does not mean that there are no real limits to what the government can and should do. Every economy has its own internal speed limit, and if the government tries to spend too much in an economy that is already running at full speed, inflation will surge.

The limits, in essence, are not in the government's ability to spend money or the deficit, but in inflationary pressures and resources within the real economy. There are six key myths that have shaped the conventional view of the deficit as negative. Rather than arguing that deficits can strengthen economies and lead to faster growth, we will analyse them, one by one.

The key ideas of "The Deficit Myth"

Excessive government spending cannot be seen in the deficit, but in the rate of inflation

Clearing the debt will not make future generations richer

The deficit does not make America independent from other foreign countries: what matters is the management of labour policies

There will always be money for social security programs: the important thing is that they are managed intelligently

Modern Monetary Theory at the service of good politics: the deficit that really counts