Home Startups and Entrepreneurship The Everything Store

Learn the key ideas of the book by Brad Stone

Jeff Bezos and the success of Amazon

Amazon does not owe its success to luck. Intuition, foresight and nerves of steel are just some of the characteristics that its founder, Jeff Bezos, had to draw upon to bring the startup he created in 1998 through the dot com bubble. The company radically evolved, sort of “died and was reborn”, and came back stronger each time. The Everything Store tells the story of how an online bookshop became a shop that sells literally everything, while also providing proof that a visionary project needs an unstoppable leader. 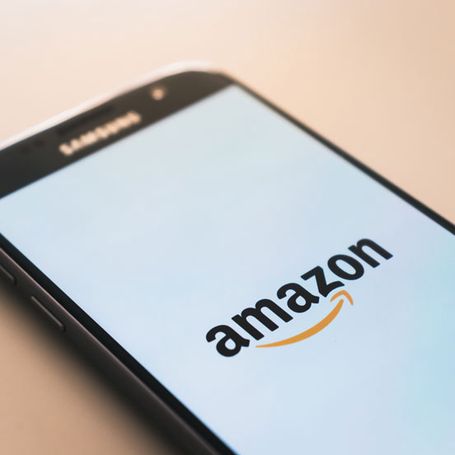 Brad Stone is an American journalist who graduated from Columbia University, and lives in San Francisco Bay. He works at Bloomberg News as a supervisor in the high tech, startup and global IT trend sector, and has been writing for the New York Times’ Businessweek since 2006. Published in 2013, his book about the story of Amazon and its founder has been translated into 26 languages and won the Financial Times/Goldman Sachs Business Book prize.

When, in 1994, the Internet began to show its potential, one of the most enterprising companies on Wall Street, D.E. Shaw (known as DESCO), decided to bet on the sector chosen by Jeff Bezos, who was vice president of the company at the time, to help steer the business. Well known for his intuition, and determined to learn from anyone, Bezos was the right man for the job: meticulous, disciplined and analytical. The initial project was very simple: to open an online shop that “sells everything”, to create a computerised company that acted as an intermediary between clients and producers of any goods, in any part of the world. Among its key characteristics was to allow buyers to leave product reviews.

They needed to choose a category of goods to launch the product, and Bezos chose books based on careful analysis: when buying books, customers know what to expect, there are few competitors and millions of titles. He was so sure of his idea, that he decided to leave DESCO, and once he had recruited his friends as programmers, he started up on his own.

The company was founded in Seattle, for several reasons: the city already had a reputation as a great technology hub, and the state of Washington, which has a relatively small population, had a lower sales tax. They didn’t have much money at the time: the budget was small, 10,000 dollars in cash, $84,000 in bank loans, a few thousand invested by Shel Kaphan, who was to become his main associate, and more than $100,000 put up by Bezos’ parents.

The first name they came up with for the company was Cadabra Inc. that they soon dropped because it sounded like they were saying cadavre, and even more so on the phone. So they registered the domain name Relentless.com, but Bezos found the perfect word in the dictionary, which they adopted in 1994: Amazon, the name of the biggest river on Earth, was to become the name of the biggest bookshop on earth.

One of the first obstacles they had to overcome was the low sales volume: usually distributors ask vendors to order at least ten books at a time, but Amazon certainly did not have orders that big. Their strategy was to order nine copies of a book on lichen that the bookshop had in its catalogue, but which was sold out, along with the book they wanted. So every time the book would arrive with a note attached on which was written, “We are sorry but the book on lichen is currently not available”.

The next step was to implement a function to collect reviews, set up in just a weekend by friend and colleague Shel Kaphan: Bezos felt sure that by increasing the number of reviews written by readers themselves, that the number of clients willing to trust his online bookshop would also increase. Not filtering negative reviews proved to be a great move, Bezos felt sure of his intuition: “we don’t make money when we sell things. We make it when we help customers make purchase decisions.” And he was right.

The key ideas of "The Everything Store"

The initial team is not ready for growth, Bezos gets rid of everyone, even Kaphan

Simplifying customers’ lives to improve company results: the recipe for success is all in one click

2005: the advent of Google forced Bezos to become an IT entrepreneur, to kill his first business and to plan the Kindle