Home Management and Leadership The Five Dysfunctions of a Team 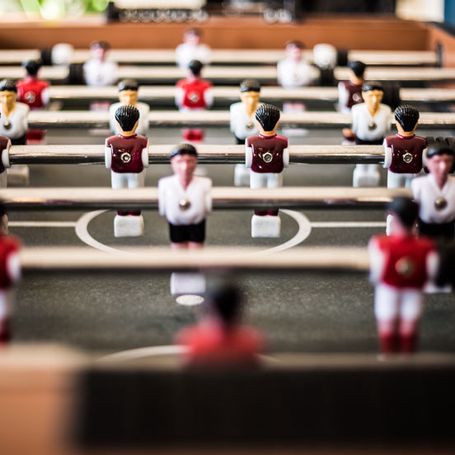 Patrick Lencioni is a consultant and speaker, and the author of millions of copies of bestsellers. He is the founder and president of The Table Group, which helps businesses improve their engagement, organisation, and teamwork. Thanks to his experience working with the CEOs of large companies, he has developed leadership models that are successful, not only in the business world, but also when applied to sports teams, universities, the military, and the clergy. The Five Dysfunctions of a Team : A Leadership Fable was inspired by his first book, The Five Temptations of a CEO , in which there are already some models applied to teamwork in corporate environments.

Teamwork is a key strategic factor in any type of organisation. Knowing how to manage a team and its members is something that should never be neglected, and requires a lot of knowledge, which in theory is quite simple, whereas in reality, can be difficult to put into practice. The reason for this is that teams are made up of people, who are never perfect, and each have their own defects, which affect the performance of the team overall.

In fact, there are five dysfunctions that can affect the work of a team, and that apply to any team, no matter what the variables of its sector may be, or the size of its organisation.

Dysfunction number five is the absence of trust. Team members who do not admit their mistakes and weaknesses to colleagues prevent the team from building solid foundations.

Lack of trust breeds dysfunction number four: fear of conflict. Due to the lack of trust, there is never a passionate debate and ideas are not expressed sincerely. It does not necessarily mean that the team members do not argue with each other: sometimes they do, even in an animated way, but in the end, the desire not to upset others always prevails. When healthy conflict is lacking in a group, the commitment to achieving common goals as a group is also affected.

The third dysfunction is, in fact, the lack of commitment, as a result of people not completely buying into the agreed actions.

Dysfunction number two, meanwhile, is present in all teams where people evade their responsibilities: no one really makes an effort, and there is obvious difficulty in communicating with each other, even when errors or deficiencies are identified.

Finally, and in first place, there is the failure to achieve results, which is inevitable, when each member of the team puts their own personal needs first, instead of those of the team.

The key ideas of "The Five Dysfunctions of a Team"

When a company has a better team, but performs worse than its competitors, there is a dysfunctional problem in its management.

Absence of trust: a team only works if each member is not afraid to show their weaknesses to others

Fear of conflict is a consequence of a lack of trust

In a successful team, no one shuns responsibility, and everyone within the team is expected to do the same

When ego takes over, each team member works towards their own goals, and no collective results are achieved

For a team to work well, the five dysfunctions must be overcome: the members of a healthy team are focused on the common good