Home Science and Technology The Future Is Faster Than You Think 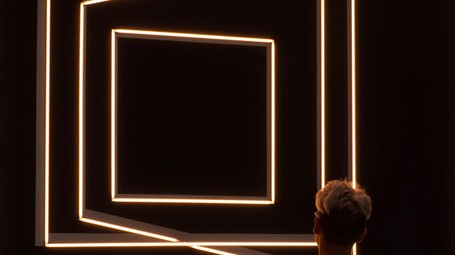 Peter H Diamandis is a best-selling author, and the founder of more than 15 high tech companies. He is the CEO of XPRIZE, and executive president of Singularly University, an institution with headquarters in Silicon Valley, supported by Google 3-D systems and NASA. Diamandis is Co president of Planetary Resources Inc., and cofounder of Human Longevity Inc. He obtained a degree in molecular genetics and aerospace engineering at MIT and a PhD at Harvard Medical School. In 2014 he was nominated one of the “50 best leaders in the world” by Fortune magazine.

New technologies accelerate and converge, guaranteeing us a level of progress never before seen

To understand how new technologies will influence our lives in the near future, it is important to understand the concept of exponential technological acceleration. This might sound like a mouthful, but it simply denotes any tech which increases in power as it decreases in price. In this context it is useful to refer to Moore’s Law, created by Gordon Moore, the founder of Intel. This law explains how, for example, the smartphone we have in our pocket is one thousand times smaller, cheaper and more powerful than a supercomputer from the 70’s. Basically, it means that today we can use the tech we have available to us to create other tech, which is even more powerful, triggering a cycle of positive feedback, which pushes technological acceleration.

This is true for all new technologies: quantum computers, artificial intelligence, 3D printing, robotics, nanotechnology, biotechnology, sensors, blockchain, augmented reality, and so on. Each of these technologies is very powerful, but its real power is unleashed through convergence. Convergence is when two or more of the technologies accelerate exponentially and converge to create completely disruptive systems. Progress is literally happening at a pace that we never could have imagined, so much so that we are not ready for it. Why? Because the human brain has developed in a linear way, in local environments: local meaning that everything that we interacted with was never more than a day’s walking distance from where we lived, and linear, because the rhythm of change has always been exceptionally slow. Today we live in a world that is the complete opposite: it is global and exponential. We get information about events on the other side of the world just a few seconds after they happen, and the speed of this development is disarming.

Effectively, over the next 100 years, we are going to observe an enormous technological transformation, much greater than the one that has taken place in the last two thousand years, and this change will have both positive and negative consequences. The bad news is, due to our inability to adapt to change, it will become essential for us to become more flexible, since many people will have to be re-trained and relocated in order to keep up with the pace of this evolution. The good news is that there is a whole new world behind this re-training: every new technology that comes out over the next few years will present a series of benefits. Unfortunately, today’s more static and traditional bodies will struggle to adapt: governments, school systems, well-established companies and other similar institutions were created for a world in which stability has always been a priority; a world which, very soon, will no longer exist. It is going to become crucial, for everyone, to be able to understand what to expect next and to be agile enough to adapt to a rapidly changing world.

It is also very important that we begin to understand how all these technologies, which are going to be a part of our future, actually work. They all accelerate exponentially, in the same way that we saw the Internet do just a few years ago, as also with smartphones, and these technologies have the “6D’s” in common, i.e. the developmental stages that define their lifecycle. These stages are as follows:

The key ideas of "The Future Is Faster Than You Think"

New technologies accelerate and converge, guaranteeing us a level of progress never before seen

Quantum computing, AI, sensor networks: the future is within our reach

From robotics to augmented reality, to 3D printing and beyond: the implications of powerful tech

Acceleration technology has causes and consequences which could change our world

The future of shopping and advertising: intelligent clothes, digital assistants, and futuristic experiences

The future of entertainment and learning: personalisation and immersion are top priorities

The future of health and longevity: revising the concept of our health at a technological level

The future of insurance, finance, the property market, and food: no intermediaries and zero waste

The future points towards five new migrations of a real, spatial, and virtual nature