Home Economics The Future of Money 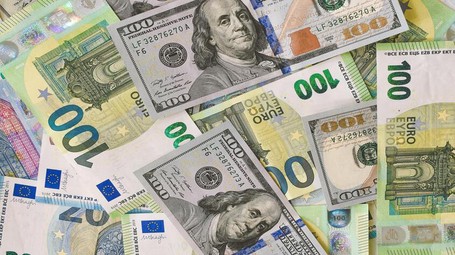 Eswar S. Prasad is an Indian-American economist, professor, writer, and consultant. During his career, he has headed divisions in major global organisations, including the International Monetary Fund, and has featured as an expert in newspapers, such as The New York Times and BBC television programmes. In 2021, he published the latest in a series of successful books, The Future of Money, which summarises his research in his specialist field of macroeconomic theory.

From coins to digital currencies: the end of money as we know it

We use money every single day, but most of us are unaware of its many different characteristics and of the consequences it has on our lives. Money is an abstract concept, which people often know very little about, and its impact on human history over the past millennia is widely underestimated.

The first banknotes appeared in China under the rule of Kublai Khan, replacing the coins that had been widely used up until then, and their introduction marked one of the most significant changes in the history of currencies. The banknotes held a purely symbolic value, which in contrast to the metal used for coins, was completely unrelated to the rarity of the material used to produce them. The introduction of banknotes gradually led to a more modern concept of the term ‘money’, which has once again been revolutionised in recent years, as we continue to move towards the digital world.

Digital banking transactions were first introduced decades ago, but the current trend to move away from traditional banknotes altogether, and towards the use of entirely digital currencies, has only arisen relatively recently. In 2018, for example, the Swedish Central Bank (the world’s oldest central bank, founded in 1668) and several nations, including China, clearly expressed their intention to switch to exclusively digital transactions.

The key ideas of "The Future of Money"

From coins to digital currencies: the end of money as we know it

Money is a much broader concept than we might think

Kickstarter is an example of successful FinTech

The advent of Bitcoin has ushered in a new era

CBDCs are official digital currencies that belong to central banks, and are still in the course of development

What will become of the dollar? Will there be a new currency to replace it?