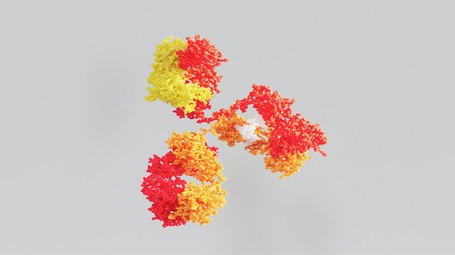 Kathryn Paige Harden is a behavioural geneticist, clinical psychology professor at the University of Texas, where she is the director of the Developmental Behaviour Genetics Lab, and co-director of the Texas Twin Project. She lives in Austin, Texas.

Our DNA makes us completely different from one another, and is the product of a “genetic lottery” we have no control over

Everyone has two copies of every gene (one from their mother, one from their father), but only one of these is passed down from a parent to a child. Every time a child is conceived, the genes that it inherits from each parent are randomly assigned as part of a process over which we have no control: every set of parents could produce trillions of possible combinations. This means that a person’s DNA is a sort of lottery in which nobody does anything to actually “deserve” the genetic makeup they end up with.

Until only a few years ago, direct studies on DNA didn’t exist, so scientists used other indirect methods, such as studies on twins or on adopted children, to understand genetics. More recently, thanks to cutting-edge genomic research using a technique called genome-wide association study (GWAS), behavioural geneticists have been able to study people’s DNA in a cost-effective and non-invasive way. These studies show that genes influence almost every aspect of our thoughts, feelings, health and behaviour, including behaviours that are rewarded in our society, such as doing well in school.

The most recent GWAS on achievement in education show that, on average, people whose polygenic indices are high for academic achievement are more likely to graduate from university than people with low indices. (A polygenic index is a DNA based predictor that summarises the estimated effect of many genetic variants on a person’s phenotype, in other words, observable characteristics resulting from the expression of genes). These people with high indices for academic achievement will also be nicer, have more prestigious jobs, and earn more money. It might be said that they have a “natural advantage.”

However, it is not quite as straightforward as being able to say that a gene can cause this or that trait. Genes do not operate in a vacuum, but express themselves within human societies that have their own unique prejudices, technologies, cultural practices, economic structures, and educational systems. The extent to which genes can be said to be the cause of something, depends on how much they are influenced by the external environment. In twin studies, when environmental factors are combined with genetic effects, they explain most of what genetic factors cannot, while the rest implies a certain degree of “free will”. This explains why even identical twins who grow up together will not necessarily follow the same path in life.

As sociologist Christopher Jencks pointed out, in a society that refused to educate red-haired children, a red-haired gene would be seen as a cause of illiteracy: as if that gene were randomly assigned to a child, the child would grow up unable to read. The resulting gap between red-heads and brunettes would in fact be associated with a genetic marker, but the gap would be resolved simply by society treating redheads more fairly. This is what happens with glasses, which compensate for the genetic disadvantages associated with poor vision: this simple example shows how the effects of a genetic difference can vary widely according to the social or technological environment that difference is expressed in.

In practice, the ways genetics can affect life outcomes are complex: small differences early in life lead children to be placed in environments that amplify those differences. For Harden, however, these are all genetic causes because, if we had different genes, we would also experience different environments.

The key ideas of "The Genetic Lottery"

Our DNA makes us completely different from one another, and is the product of a “genetic lottery” we have no control over

DNA plays a key role in generating socio-economic inequality, since our genetic makeup determines the level of education we receive, and therefore determines our place in the social order

Behavioural genetics detaches itself from eugenics, but the fact that genetic differences between individuals shape social inequalities must be talked about openly